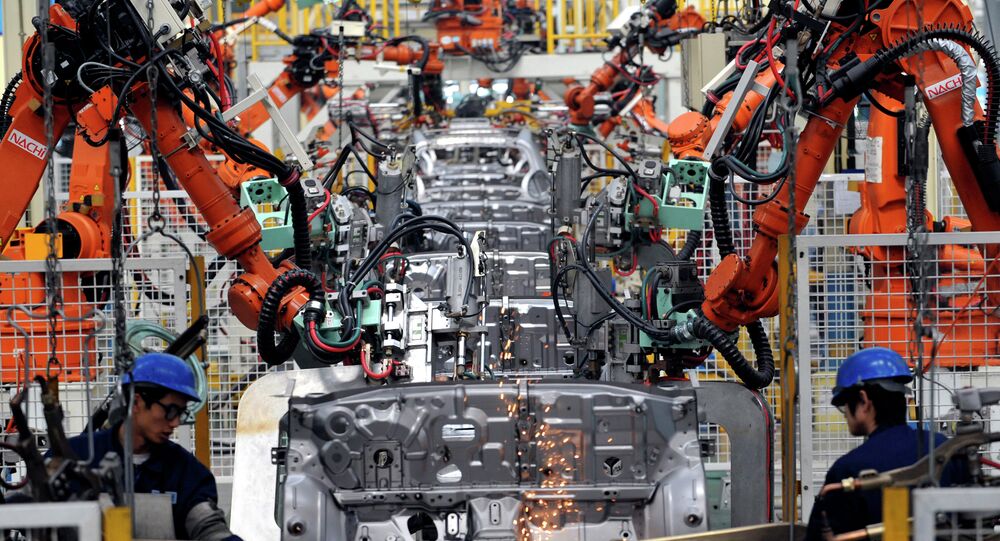 China to Face Shortage of 3 Million Robot Operators by 2020

China, the world’s largest market of industrial robots in the past 5 years, is estimated to face a shortage of around three million robot operators by 2020, said a guideline on the development of the country’s manufacturing talents.

The guideline, jointly issued by the country’s Ministry of Education (MOE), Ministry of Human Resources and Social Security (MHRCS), and Ministry of Industry and Information Technology (MIIT), predicted that the shortfall will further expand to 4.5 million by 2025.

“Automated production is not to merely replace workers with robots, but to introduce more skilled operators of the machines,” said Wang Xiwen, director of a smart manufacturing institute under the MIIT.

The scarcity of highly skilled technicians has become a barrier for the transformation and upgrading of China’s manufacturing industry, he added.

“The development of enterprises has been seriously hindered by the inadequate skills of robot operators,” said Wu Bin, general manager of a factory engaged in the manufacturing of precise instruments based in Dongguan, Guangdong province.

Technical upgrades have never been a problem for Wu in the past decade, but the man is now worried about recruitment.

© Sputnik / Alexei Druzhinin
Workplace Robots Are Coming, and Millennials Fear Them Most
Statistics show that the number of professionals in Chinese manufacturing enterprises above the designated size only account for less than 10% of the country’s working population. In addition, the number of highly-skilled personnel with a master degree or above only makes up 2% of the total.

According to Su Hainan, vice president of the Chinese Association for Labor Studies, industrial environment, educational system, salary system, and social traditions all contribute to the improvement of labor force skills.

“The insufficient number of qualified technicians is the main reason for the recruitment problem,” Su said.

On the other hand, frontier jobs in workshops are not the first choice for most of the highly-skilled professionals.

A fresh graduate from Quanzhou College of Technology named Wang Xiaofu told Xinhua News Agency that most of his classmates would rather be engaged in marketing than to be working in a factory, believing that being a worker is an unpromising job.

© AFP 2021 / KIM DONG-JOO
'Killer Robots' Could Lower Barrier for Politicians to Start Wars
Related departments have made plans to improve the ratio of highly educated personnel in manufacturing to 22% by 2020, and the highly skilled employees will make up to 28% of the total labor force.

However, to fill the three million shortfall in three years is not an easy task. Experts believe that enhancing the education of skilled technicians is the key to solving this problem.

Su said, the current education methods and curriculums of most of the vocational colleges are not able to meet the demands of the modern manufacturing, adding that reform is imperative.