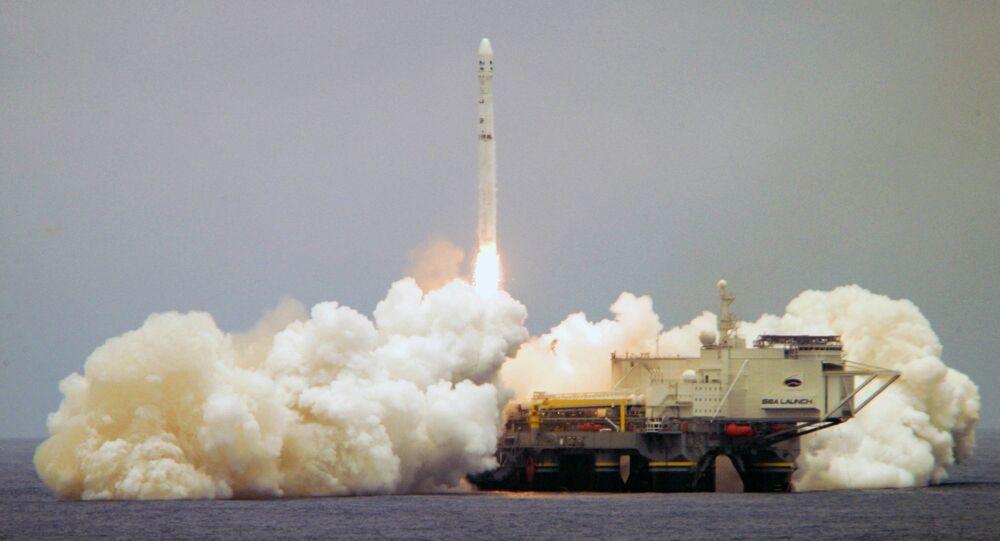 "Work is underway to end the conservation of the complex and to restore launch activities with the use of Zenit carrier rockets in the current configuration until 2023," the company said.

Sea Launch was formed in 1995 as a consortium of four companies from Norway, Russia, Ukraine and the United States, and was managed by US aerospace giant Boeing. The project aimed to use a floating launch site to place rockets on the equator, which is the best possible location for launch giving the rocket additional speed on lift-off thanks to centripetal force caused by Earth's rotation. The company was purchased by Russia’s S7 Group in September 2016.

© Wikipedia
Sea Launch to Be Modernized for Russia's Soyuz-5 Carrier Rocket
The only carrier rocket that could be launched from the pad is Zenit-3SL, manufactured by the Ukrainian Yuzhmash construction bureau and using Russian RD-171 engines produced by the NPO Energomash manufacturer. The last Zenit launch from the Sea Launch was carried out in 2014.