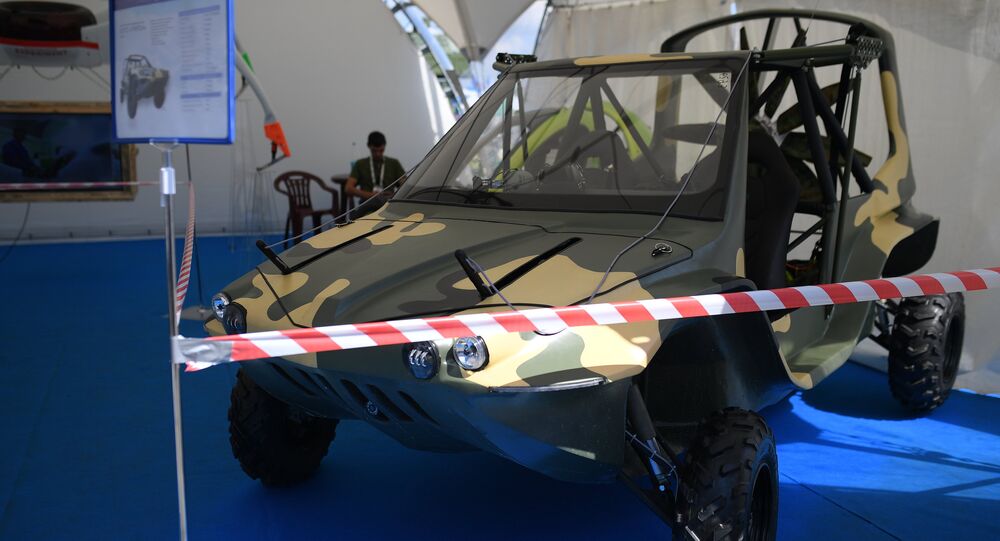 Visitors to the upcoming MAKS 2019 international airshow in Russia will be able to try out the new Begalet flying electric car that will be manufactured exclusively for this event.

© Sputnik / Ilya Pitalev
Highlights of MAKS-2017 Air Show in Russia: PAK FA Test Flights, Foreign Contracts & New Prospects
On July 21 the hosts of the MAKS international airshow signed an agreement with the creators of the Begalet flying electric car to produce an exclusive series of vehicles for the 2019 event.

The new Begalet Exclusive MAKS 2019 electric vehicles – up to 50 units in total – will be manufactured exclusively for the MAKS 2019 airshow.

The upcoming airshow is expected to feature two types of these vehicles – a standard flex-wing Begalet and its VTOL modification.

The car’s creators also told Sputnik that the Begalet Exclusive MAKS 2019 vehicle may be available to the public in about a year, and that these vehicles may also be employed as eco taxis during the 2019 airshow.

BORTS Triton is a two-seat all-terrain amphibious vehicle that can reach a speed of up to 100 kilometers per hour on land. The vehicle can navigate virtually all types of terrain and glide across all manners of watery obstacles, and it also deploy a flex-wing to conduct short range flights of up to 400 kilometers, with a maximum altitude of up to 4,200 meters.

The vehicle is equipped with several engines: a 120 hp diesel engine which is used to propel the vehicle in flight and while navigating bodies of water, and two 12 kW electric engines for driving on solid ground.

BORTS Triton was first presented to the public at the MAKS 2017 airshow and has already attracted considerable attention from the military, law enforcement agencies and emergency services.