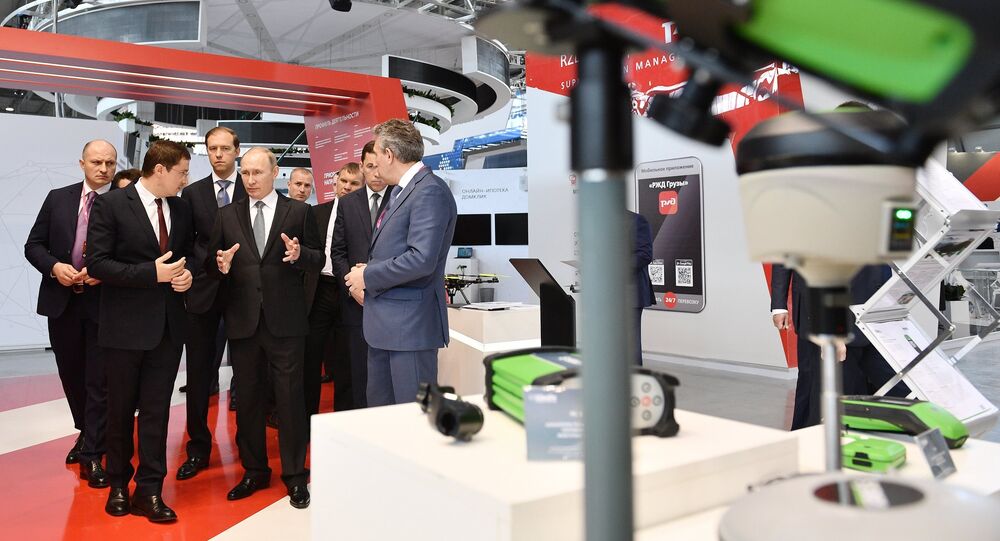 MOSCOW (Sputnik) — It is also noted that the complex is planned to be produced in two versions: Arctic Supervision with side-viewing radar for ice reconnaissance and exploitation under the Arctic conditions, as well as Sky Supervision with extended flight range for remote sensing and monitoring.

"In the booth of the holding, the model of the multipurpose complex on the basis of the helicopter-type unmanned aerial vehicle VRT-300 developed by ‘RH-Technologies’ is presented. Currently the complex is undergoing ground tests, its flight testing and certification are scheduled for 2018-2019. Takeoff weight of the UAV is up to 300 kilograms [660 pounds]."

INNOPROM is an international industrial exhibition held annually in Yekaterinburg since 2010. In 2017, the Russian city hosts the international event for the 8th time on July 10-13 with more than 95 delegations set to attend, according to the organizers.