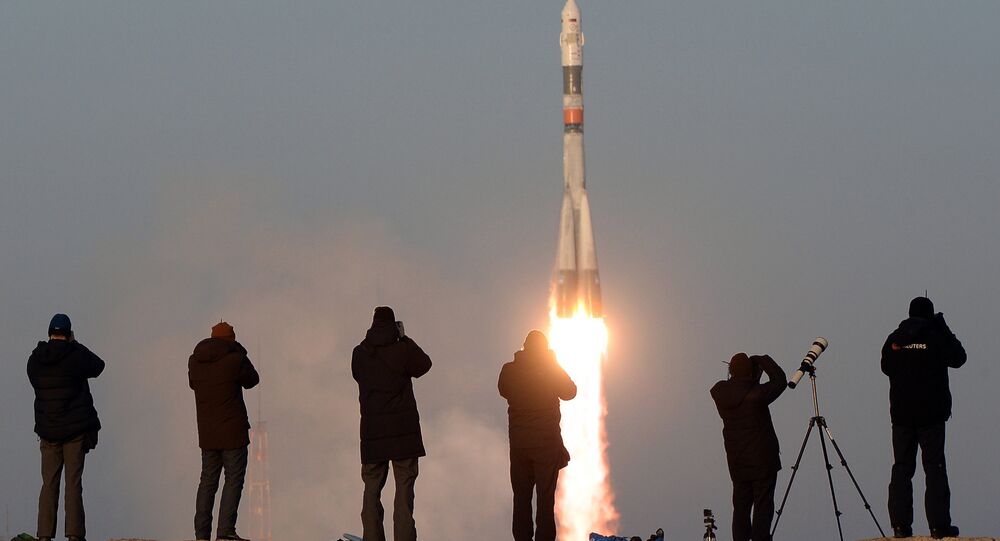 "During the spacewalk, we plan to launch several scientific satellites as part of our program. It will be quite symbolic," Ryazansky told reporters, answering the question on whether or not they plan to somehow celebrate this anniversary.

© Photo : Youtube/Sputnik
World's First Satellite Sputnik-1 Celebrates Launch Anniversary
According to the cosmonaut, it will be a great pleasure for him to launch space vehicles in honor of their predecessor, which was created with the participation of his grandfather Mikhail Ryazansky.

On July 28, the Russian manned Soyuz MS-05 spacecraft will be launched to the International Space Station (ISS), carrying the members of Expedition 52/53: NASA astronaut Randolph Bresnik, European Space Agency's astronaut Paolo Nespoli and Ryazansky. Members of the space crew are expected to spend 139 days in orbit.