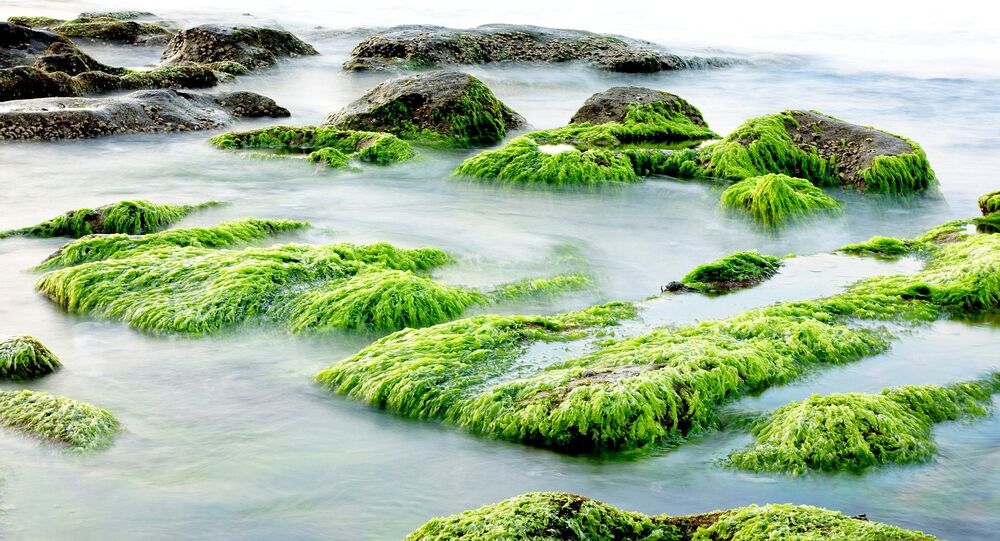 Enterprising Russian scientists have managed to discover the secret of a bio-oil made from microalgae which may help turn it into a more efficient fuel.

© AP Photo / Terry Spence
Scientists Double Oil Production in Algae Biofuel Research Breakthrough
Scientists from the Russian Academy of Sciences, Moscow Institute of Physics and Technology, Moscow State University and the Skolkovo Institute of Science and Technology have managed to determine the exact chemical composition of biofuel derived from Spirulina platensis microalgae, according to a study published in the European Journal of Mass Spectrometry.

Due to the fact that algae tend to accumulate biomass much faster than other photosynthesizing organisms, many researchers consider them a perfect raw material for manufacturing biofuel that may eventually replace gasoline.

"Further efforts should be focused on using the varieties of algae containing highest possible levels of fats, and creating such algae varieties via genetic modifications. It will allow us to procure the most effective raw material for producing biofuel," Evgeny Nikolaev, a professor at Skoltech and one of the study's authors, said.

In order to make biofuel out of microalgae, the biomass gets heated to about 300 degrees Celsius while simultaneously being subjected to extremely high pressure. The process is known as hydrothermal liquefaction.

As a result, the biomass gets separated into liquid fuel and a dense residue, both of them containing thousands of various substances which makes it extremely difficult to determine their exact composition and thus discover a way to improve the process in order to enhance the quality of biofuel thus produced.

In order to deal with this problem, the scientists treated the biomass with deuterium oxide, also known as heavy water. Due to the fact that molecules containing deuterium have a slightly different profile as compared to their ‘normal’ counterparts, the researchers were able to employ mass spectrometry to decipher the exact formula of all of the biofuel’s compounds.

The researchers determined that the bio-oil produced from algae resembles brilliant green dye rather than petroleum in terms of consistency and qualities, and that most of the compounds it consists of have little in common with hydrocarbons.

Further study of this substance will help to determine which varieties of algae are more suited for making biofuel, and how the existing varieties of algae can be genetically enhanced in order to produce fuel that may eventually replace gasoline.