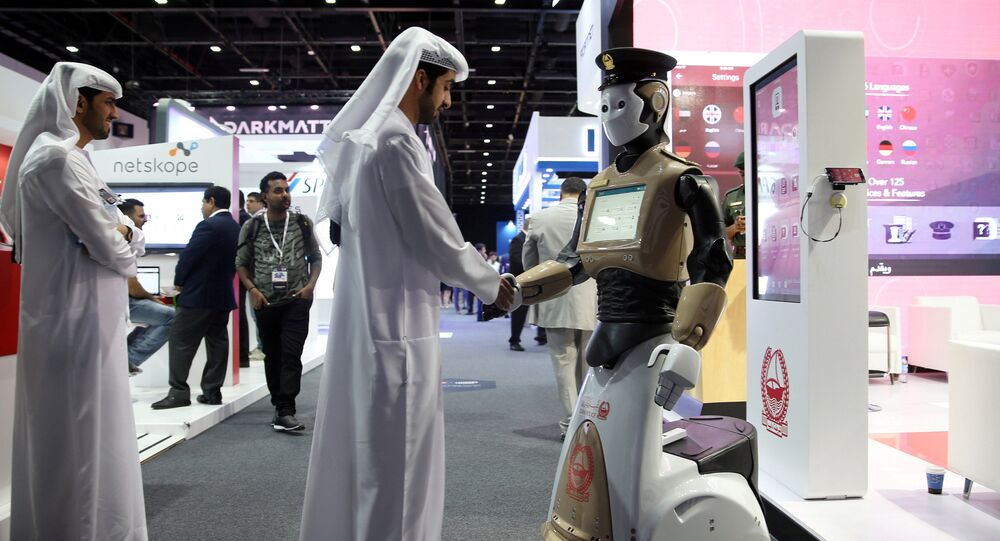 Real-Life Robocops: 'The Potential for Cops to be Hacked Is Very High Indeed'

Dubai Police have ambitious plans for 25 percent of the force to be comprised of robots by 2030, and to have the world's first smart police station, which won't require human employees.

The first robots to hit the streets of Dubai are modified versions of the life-size humanoid REEM robot, developed by Spain's PAL Robotics.

Weighing 100km and standing 1.65m tall, the robots are able to execute a range of tasks usually carried out by the police. Equipped with facial recognition technology and the ability to speak nine languages, they can settle fines, report crimes and send video to a command center.

Professor Alan Winfield, a researcher and engineer at the University of the West of England's Bristol Robotics Laboratory & Science Communication Unit, told Radio Sputnik that the success of the "Robocops" will depend on the task they are ordered to perform.

"It really depends on what the robot is intended for. If it's simply to be a kind of reassuring presence, a bit like a bobby on the beat in a shopping mall, in other words something that you could go to and press a help button, I can see that there is some value in that. But the problem is that robots are just not ready, especially the artificial intelligence, it's just not ready to be able to do anything meaningful, like for instance apprehend or arrest an actual criminal," Winfield said.

The expert warned that Dubai's aim to have a 25 percent robot police force by 2030 is unrealistic.

"The problem is that with such a high proportion of the police [posts] taken by robots, then an awful lot of what the police are expected to do would not be possible, even within ten years, in my view."

"As we well know, no system in the world is immune from hacking. The potential for robot cops to be hacked is very high indeed, we've already seen driverless cars hacked."

"Not just hacking – hacking, of course, is malicious but there could also be gaming. In other words, people who not necessarily maliciously but just as a game try and mislead the robot into doing things that it perhaps shouldn't be doing."

The expert said that the "fundamental problem" with using robot cops is that they cannot be held to account, as humans are held responsible for their actions.

"The problem is that robots are not persons so robots themselves cannot be held accountable, only humans are responsible. So, in order to have robot police, I think that we would have to have an extraordinary set of accountabilities and we would really need a set of ethical principles built into the robot, if at all possible."

Curiosity Killed the... Scientist? Robots Can Be Taught How to Be Inquisitive