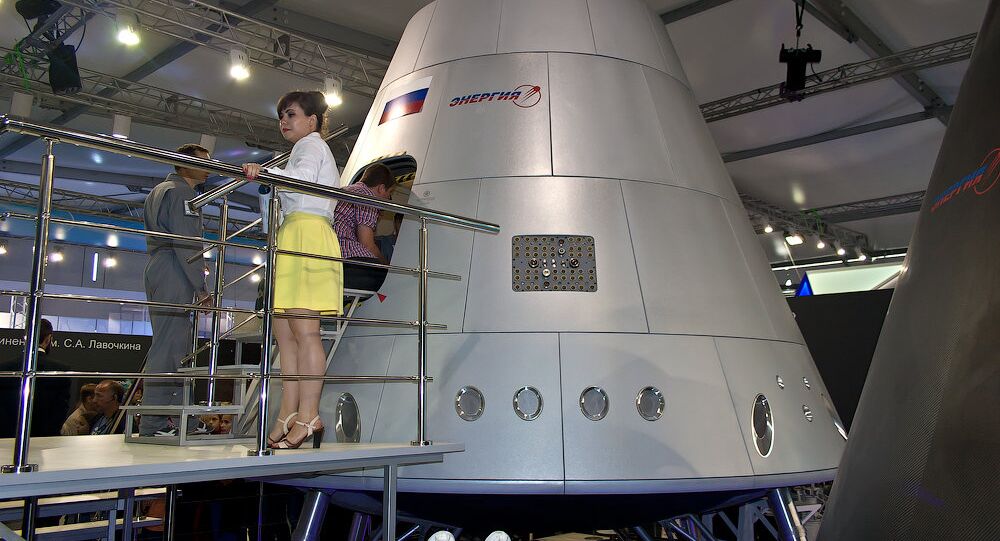 Russia's Energia rocket and space corporation is getting ready for the production of the Federatsiya spacecraft.

"We speak about the two versions of one spacecraft. We are developing a modification able to carry six people because it would make it possible to evacuate two extra crew members from the International Space Station in case of a serious emergency," Vladimir Solntsev said.

He added that at the moment the corporation had finished the engineering design phase.

According to the official, the corporation is currently preparing design documentation and getting ready for the production of the spacecraft.

Russia Could Start Test of New Space Freighter in 2021

The first flight test of a new space freighter developed could be carried out by the end of 2021.

"We have finished the development of a concept design and it is now under a scientific expertise of Roscosmos [Russia's space corporation]. Following the results of a concept design development, the launch of the first test prototype of the space freight and start of flight tests are possible in the end of 2021," Solntsev said, adding that the construction of the space freighter depended on the decisions of Roscosmos.

He added that the spacecraft would be available to deliver up to 7,500 pounds of cargoes to an orbital station.

A super-heavy carrier rocket, which is being developed by several Russia's space-affiliated companies, could be equipped with RD-170 engine or with its RD-171M modification, the head of Russia's Korolev Rocket and Space Corporation Energia told Sputnik.

Russia's companies planned to use technical solutions used in the Angara heavy rocket carrier, such as eco-friendly oxygen-kerosene rocket modules, in development of super-heavy carrier rocket.

RSC Energia is planning to open the first center for virtual design of spacecraft in the town of Korolev on March 1.

"The concept [of the center] has emerged some four months ago and we are planning to open a center on March 1, 2017. The necessity of its creation is obvious… Of course we can work as usual, but then the terms of development would also be bigger. An engineer with the help of virtual reality technologies… works in an artificially created digital space, and the results of his activities are sent to design documentation at the same moment," Solntsev said.

He added that the center would allow the corporation to intensify the process of design without the loss of quality.

Solntsev said that ending the ISS program in 2024 and transition to the Russian orbital station based on ISS modules is reasonable.

"From the technical point of view, RSC Energia believes the conclusion of the ISS program and transition to the Russian orbital station based on ISS modules … is reasonable. However, it is necessary to take into account a number of other aspects, including the political, in making a decision," he said.