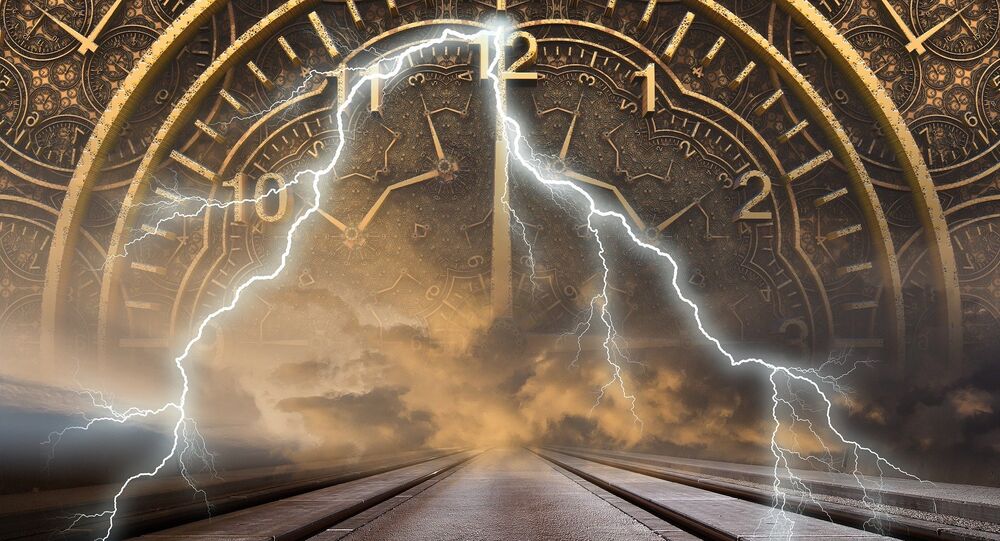 In an interview with Sputnik Mundo, Russian cosmologist Andrei Kananin said that time travel is possible and people may be able to visit the future in a time machine, but there is one serious catch.

© AP Photo / Li Xiang/Xinhua
China to Develop Supercomputer Prototype as Powerful as Human Brain
According to Kananin, the time machine that will allow people to travel into the future could be created as early as this generation. Such a journey will be available to even technologically “ordinary” people with no special training.

It has been confirmed experimentally that time travel into the future is possible. In theory, the principle behind it is quite simple: one must create a machine that moves at a near-light speed.

“It is important to be very accurate regarding how long in time the machine will be moving at that speed. That time will determine how far into the future one will actually go,” Kananin told Sputnik Mundo.

In fact, it means that the time machine is actually a space ship, however, such a flight is a one way trip.

“But we want to come back! And this is a big problem. The fact is that modern science believes that a return to the past is impossible by fact. Violation of chronology can lead to fatal changes in the history of mankind or lead to a real time paradox,” the cosmologist said.

Then there is also the famous “grandfather paradox”. In addition to that, if one is present in the past, then he has been there before and hence, will always be a part of that past that led one there in the first place.

Most experts also believe that in nature, there is a mechanism acting as a self-chronological system of the universe which keeps it safe from the occurring paradoxes.

It could mean that if a person goes back into the past with a criminal intent to kill his grandfather, the person will definitely be stopped by something.

“The power of the human mind over the laws of nature, time travel, victory over death and disease, development of the universe, solving the mystery of human consciousness and other similar problems, which modern cosmology is involved in today, is a real breakthrough. It is a dream and proof of the triumph of the mind over soulless matter. It is a triumph of the inexhaustible thirst for knowledge of the unknown,” Kananin said.

NASA/JPL-Caltech
Time Travel is Real: Space and Time Together Result in Universal Asymmetry
Despite the fact that at present devices for time travel have not yet been built, there are real sketches of workable time machines.

In principal all these options of time machines are possible physically and are technologically understandable to modern engineers. Hence, at an appropriate moment of scientific development they can be constructed.

According to the cosmologist, even in 1,000 years, humans are unlikely to construct a workable time machine. However, a supercomputer and especially artificial intelligence is going to be possible in the foreseeable future.

“It is a fact that just 30 years ago no one could have believed that a computer could beat a world-class chess player,” the cosmologist concluded.