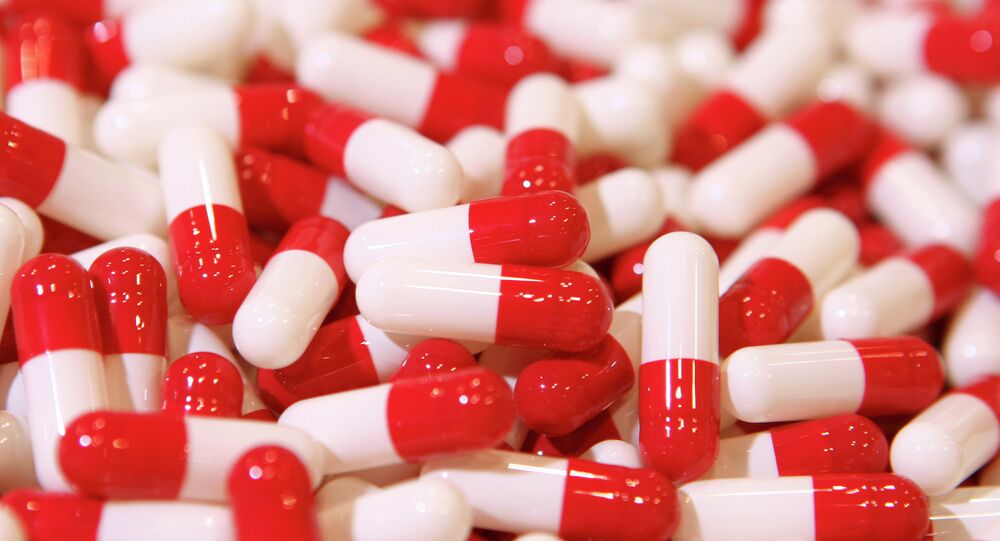 Canadian researchers have discovered that an anti-gout medicine can also alleviate opioid-withdrawal symptoms. The drug, probenecid, was shown to be very successful in preclinical trials, with few negative side effects.

Opioid addiction is an epidemic in the United States and Canada, affecting millions of people, and claiming tens of thousands of lives. Opioids have potent withdrawal symptoms, one of the reasons usage is persistent and growing.

"Opioid withdrawal is aversive, debilitating and can compel individuals to continue using the drug in order to prevent these symptoms," said Tuan Trang, study head and neuroscientist with the University of Calgary. "In our study, we effectively alleviated withdrawal symptoms in rodents, which could have important implications for patients that may wish to decrease or stop their use of these medications."

Few drugs exist that can be used to treat withdrawal, as the cellular mechanism behind the symptoms is not well known. According to Trang, previous research on the subject took a flawed approach.

"The focus of much of the research so far has been on neurons themselves," said Trang. "Our study looked at key immune cells in the nervous system — and specifically at the pannexin-1 channel on these immune cells, which is something that hasn't been explored before."

Pannexin-1 is a brain protein which, among other functions, provides brain cells with ATP, a unit of chemical energy that powers most of the body's functions. Along with ATP, Trang's team found that pannexin-1 also carries withdrawal symptoms.

Enter probenecid. The drug was typically used to treat gout, with side uses as an antibiotic supplement, and as a masking agent by athletes hoping to avoid being caught for using illegal supplements. In recent years, it has received attention for possibly being a treatment for syphilis, which is also carried along pannexin channels in certain cases.

Probenecid is relatively cheap, at less than a dollar per pill, has few side effects, and has been approved by Health Canada and the US Food and Drug Administration (FDA). Most importantly, it blocks pannexin-1 without inhibiting the pain-relieving quality of opioids.

"This is an exciting study which reveals a new mechanism and a potential therapeutic target for managing opioid withdrawal," said Dr. Michael Salter, chief researcher with Toronto's SickKids Hospital. "The findings of Dr. Trang and his team could have important implications for people on opioid therapy and those attempting to stop opioid use."

But probenecid has a long road ahead before it can be approved for use as a withdrawal symptom-reliever. It has not yet entered clinical trials, although the Calgary Pain Clinic has begun to organize trials based on Trang's research.

As probenecid has existed for decades and its side effects are well known, it may be able to proceed through clinical trials quickly. Trang certainly hopes so. "Understanding why opioid withdrawal occurs and how to alleviate it, is of critical importance in improving pain therapy and may have implications for substance abuse in opioid addicts. The potential impact is immense," he told Medical XPress.