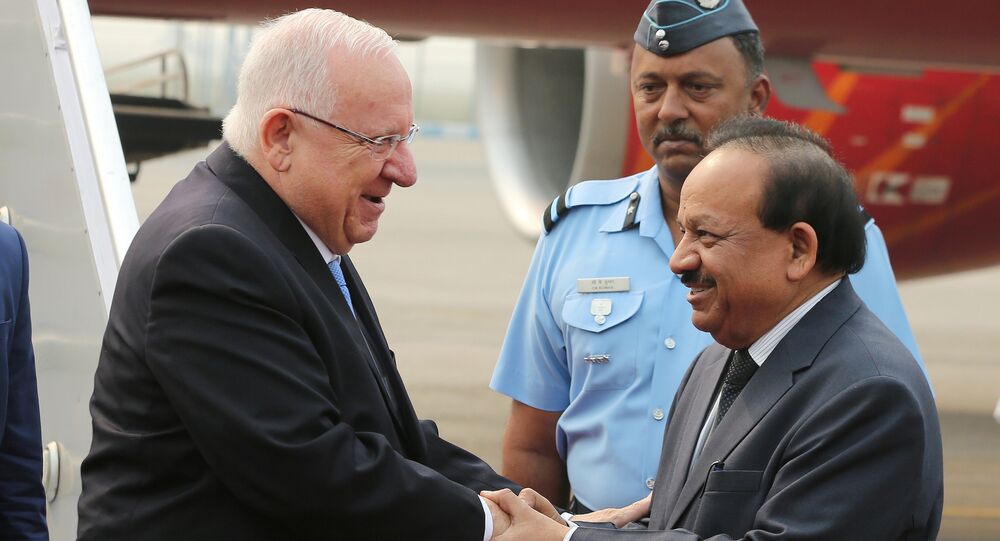 Under the agreement, both countries will aim to spend $1 mln in 2017 for mutual research projects as well as joint initiatives for young scientists. The agreement was signed during the visit of Israeli Science Minister Ofir Akunis'. His visit signaled a rapid follow up of Israeli President's Reuven Rivlin trip to India last month.

Both sides agreed to give boost to the bilateral cooperation in science and technology under the aegis of the S&T Agreement concluded between India and Israel in 1993.

As a follow-up to the India-Israel Joint Science & Technology Committee meeting held in Jerusalem earlier this year, the two ministers agreed to step up the collaboration in the next two years by providing $1 million from each side to support new research and technology (R&D) projects in the cutting edge areas of ‘Big Data Analytics in Health Care' and Security in Cyber Space'.

© AP Photo / Ariel Schalit, File
India Unable to Integrate Missiles, Looks to Israel for Combat Drones
The Indian Science Minister Harsh Vardhan noted, "we would like to identify new opportunities and mechanisms to expand and upscale our cooperation agenda by creating a value based relationship which can contribute to the 21st century knowledge economy."

It was also agreed to consider special initiatives to support women in science and technology through new joint programmes in this area.

"We have specific areas in which we'd like to collaborate with ISRO. I'm hopeful that something serious will emerge after more meetings," Avi Blasberger, director, ISA told local media after a meeting with his ISRO counterpart on Tuesday.

Russia Needs to Be Respected for Successes in Economy, Science – Khodorkovsky