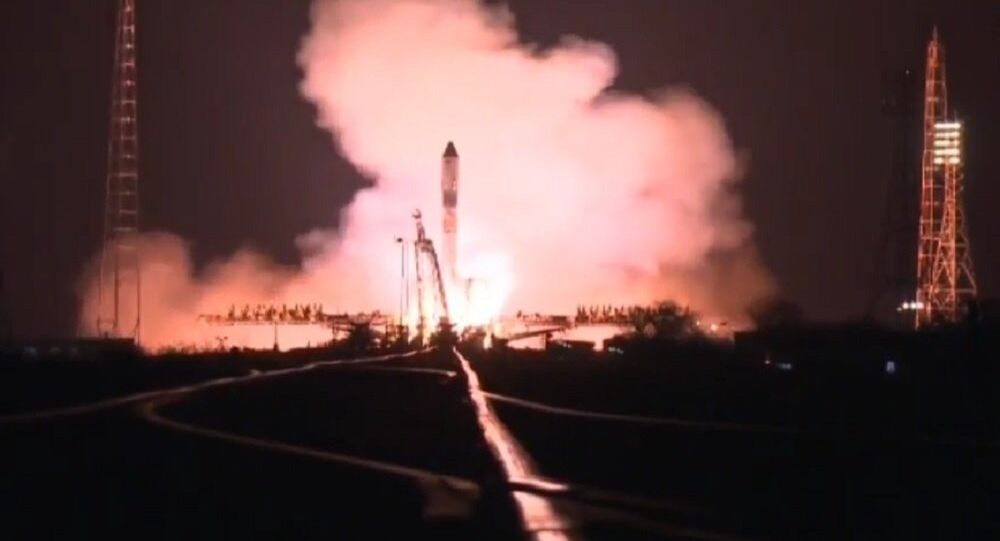 A regional military source told RIA Novosti that the debris of the Progress cargo spacecraft supposedly fell in Russia's Republic of Tuva in south Siberia.

Later, a source told RIA Novosti that the docking of Russia's Progress MS-04 cargo spacecraft with the International Space Station (ISS) may be impossible following the reported loss of telemetry with the space vehicle shortly after the launch on Thursday.

"The wreckage presumably fell in Tuva, its search is being organized," the source told RIA Novosti.

Another source told RIA Novosti that launches of Soyuz-U carrier rockets may be suspended until the situation with the abnormal work of the engine of the third stage is clarified.

"A state investigation commission has been formed and started work at Baikonur. A decision is most likely to be made to suspend the launches of Soyuz-U carrier rockets until the investigation of the incident is over," the source told RIA Novosti.

© Wikipedia /
Russia's Soyuz Carrier Rocket Launched From Baikonur With Progress Cargo Spacecraft
According to the source, a similar incident with the Soyuz-U launch occurred in August 2011, when the third-stage engine failed due to the clogging of a fuel line. The Progress M-12M space freighter on board the third stage failed to reach the designated orbit and disintegrated in the Earth's atmosphere during an uncontrolled fall.