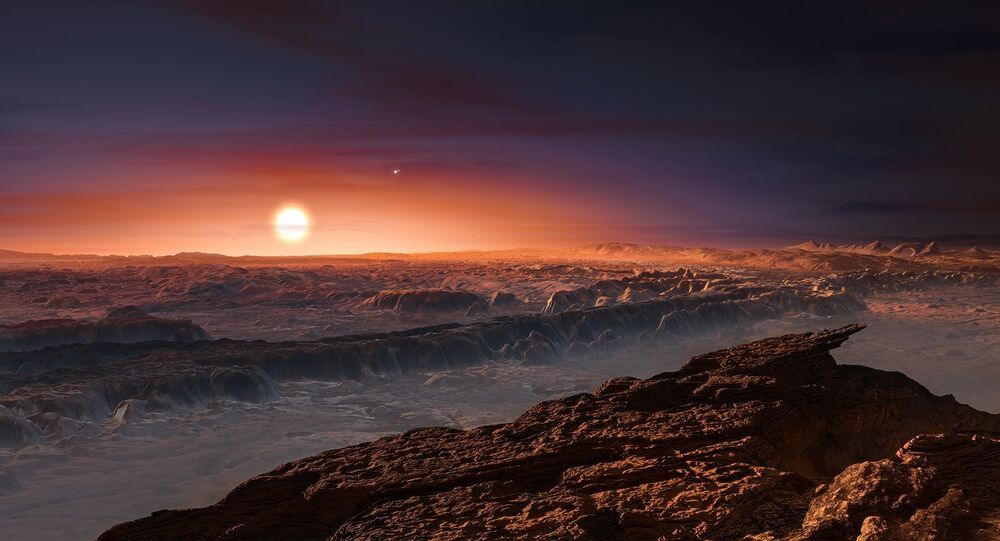 Astronomers have discovered a planet in our neighboring nearby solar system that likely lies in the “habitable” zone of its parent star and may possibly have oceans of water.

© Photo : Youtube / Massachusetts Institute of Technology (MIT)
Scientists Detect Oxygen on Newly-Discovered Rocky Exoplanet
A team of astrophysics from France's Centre National de la Recherche Scientifique (CNRS) research institute announced that exoplanet Proxima b, discovered earlier this year, may have oceans of liquid water. Proxima b is the closest exoplanet to Earth, and could be visited by man-made robots at some point in the future.

Located just about four light years away from our Sun, Proxima b orbits Proxima Centauri at about a tenth of the distance of Mercury from the Sun. While in our Solar System that distance would completely scorch Proxima b, parent star Proxima Centauri is much smaller, and about 1,000 times weaker, than our Sun, indicating that Proxima b is located precisely in the "habitable zone," meaning it is possible for liquid water to exist on the surface.

The size and distance of the exoplanet orbiting our neighboring star are based on theoretical calculations, as no direct observations have been made. Currently astronomers note that the planet, with an estimated radius of between 5,990-8,920 kilometers, could fit into any one of many possible variables.

If the minimum figure is accurate, the planet is likely to be very dense, with a large metallic core surrounded by a rocky mantle. In this case, the amount of water could make up to 0.05 percent of planet's total mass, roughly equal to Earth's 0.02 percent.

In the maximum figure, the planet's mass would likely be shared equally between the core and the surrounding water, making the planet's surface a single ocean some 200 kilometers deep.

"In both cases, a thin, gassy atmosphere could surround the planet, like on Earth, rendering Proxima b potentially habitable," states the CNRS.