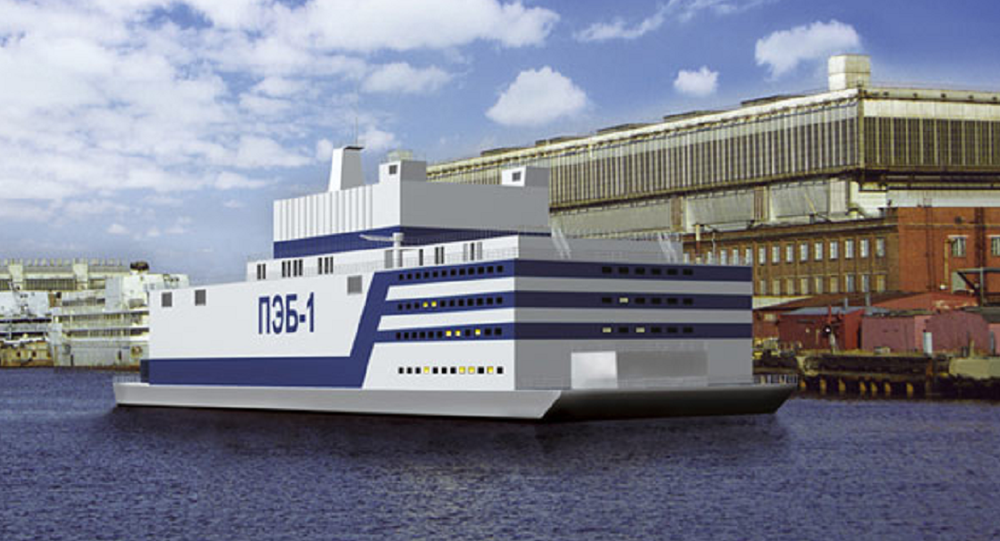 The first ever floating nuclear heat and power plant that will work since 2019 will cost up around 480 million dollars.

© Photo : EDF Energy
UK Expected to Approve Hinkley Nuclear Power Plant Project on Thursday
PEVEK (Russia) (Sputnik) – The first ever floating nuclear heat and power plant that will work in the north-eastern port of Pevek since 2019 will cost up around 30 billion rubles ($480 million), Sergey Zavyalov, the head of the plant construction administration of the Rosenergoatom Concern, said on Tuesday.

"The cost of the main floating power unit will be about 22 billion rubles. Moreover, according to the summary cost estimate, the costs on onshore facilities will be over 7 billion rubles," Zavyalov said.

He pointed out that ice impact and squall winds prompted the company to build powerful onshore facilities.

Director-General of the contractor company Zapsibgidrostroy Marat Kharisov said that the onshore facilities would be ready by October 2019. He added that the works would be carried out all year round with up to 250 people employed.

Works on the Akademik Lomonosov floating power unit, which is being built for the Pevek-based plant, started in 2009. The unit is fitted with KLT-40C reactors and has an output of 60 MW. With a service life of up to 40 years, the FPU is designed for operation in Russia's far north and Far East. Rosenergoatom plans to bring Akademik Lomonosov to its final mooring in 2019 before starting Floating Nuclear Power Station trials in the same year.