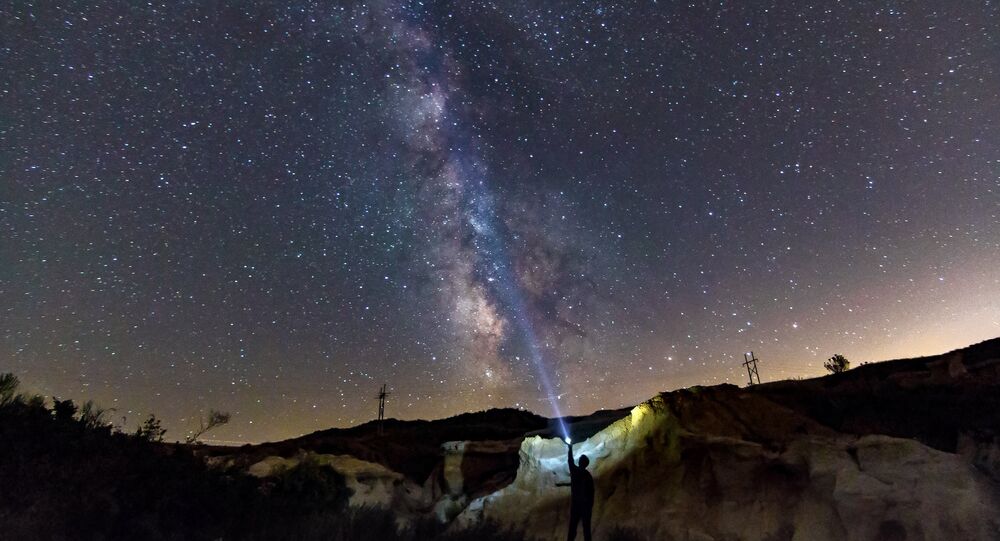 While the center of our galaxy may be relatively quiet at the moment, a new study shows that the Milky Way underwent a burst of activity just as humans began to walk the Earth.

In adding up our galaxy’s mass, scientists noticed a suspicious gap.

"We played a cosmic game of hide-and-seek. And we asked ourselves, where could the missing mass be hiding?" said Fabrizio Nicastro, lead author of a recent study, according to Phys.org.

Cosmologists estimate that our Milky Way galaxy weighs between one and two trillion times as much as our Sun. While most of that total is in the form of dark matter, one-sixth is thought to be normal matter, including stars and space dust. But that still doesn’t account for the galaxy’s estimated total weight.

"We analyzed archival X-ray observations from the XMM-Newton spacecraft and found that the missing mass is in the form of a million-degree gaseous fog permeating our galaxy," Nicastro said.

But in solving one mystery, scientists uncovered something they hadn’t expected. The fog exists as a “bubble” that extends from the center of the galaxy, propelled outward by a burst of energy from a supermassive black hole at the center of the Milky Way.

"The different lines of evidence all tie together very well," said Martin Elvis, the study’s co-author. "This active phase lasted for 4 to 8 million years, which is reasonable for a quasar."

In another major discovery announced over the weekend, cosmologists have observed a galaxy roughly the same size as our Milky Way, but which features very few stars and is instead composed almost entirely of dark matter.

"There are several things that need to be understood about Dragonfly 44," Pieter van Dokkum, author of a study published in The Astrophysical Journal, told Business Insider.

"One is: How can a galaxy like that form? We always thought we understood the history of galaxies like the Milky Way – how they start out and grow and how stars form in them. But all of a sudden we find this object that looks like the Milky Way, but it has 100 times less stars.

"So just understanding how that could have happened is a complete mystery right now."