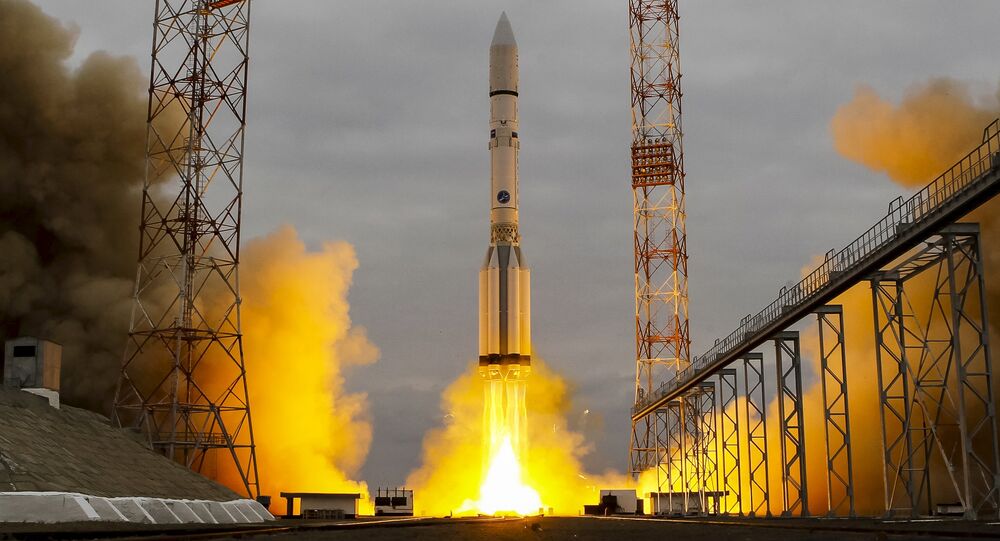 © Flickr / Alex Polezhaev
Fly Me to the Sun: Unique Commercial Flight to Watch Solar Eclipse
MOSCOW (Sputnik) — The Proton-M is the largest carrier rocket in Russia's fleet of space launch vehicles. The rocket has lifted dozens of Russian-made and foreign satellites into orbit since it was first commissioned into service in 2001.

"Altogether we plan to carry out seven commercial launches of 'Proton' in a year, its composition will depend on customer's request," Kalinovskiy told Izvestiya newspaper in an interview.

He added that the center is now working on the Angara-A5 project, which is scheduled for launch in 2021, trying to construct it as cheap as Proton-M is.

The Angara family of space-launch vehicles is designed to provide lifting capabilities of between 2 and 40,5 tonnes into low Earth orbit. It has been in development since 1995 and was the first orbit-capable rocket developed by Russia since the fall of the Soviet Union to replace the older Proton-M rockets.