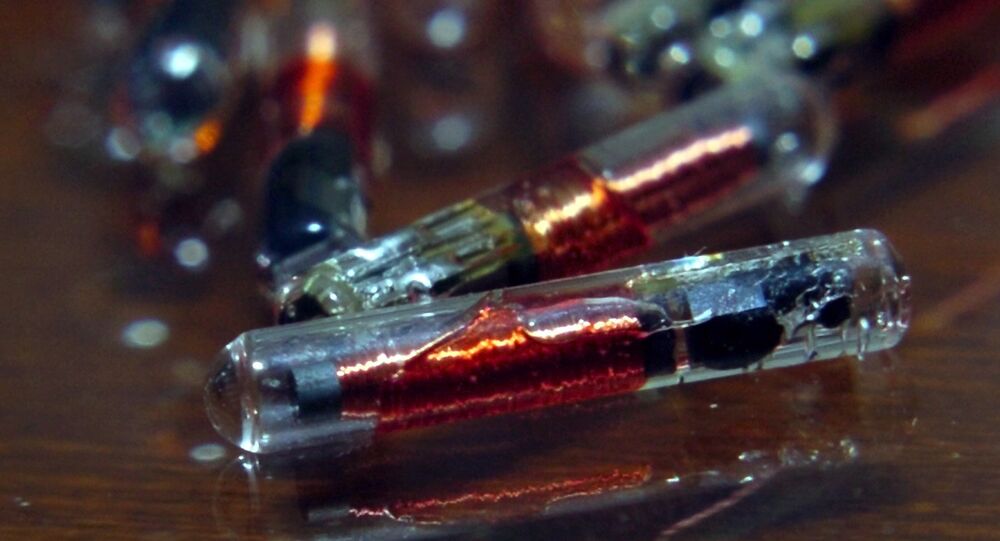 'Within Ten Years 50% of Americans Will Be Chipped' – Tech Pioneer

The US Navy has held talks with "Transhumanist" and presidential candidate Zoltan Istvan, who told Radio Sputnik about the US military's concerns.

Last week it emerged that US naval officers have held discussions with Zoltan Istvan of the Transhumanist political party, who is also running as a candidate for the US presidency.

​Istvan himself has a microchip in his hand that he uses to give out business cards, send text messages, or start his car.

He told Radio Sputnik that the US navy wanted to discuss the possibility of implanting humans with chips fitted with global positioning (GPS) technology, and said that in the near future many people will want to be fitted with chips.

"I wouldn't be surprised if within ten years 50 percent of Americans have some type of implant, because at the end of the day an implant can reduce the size of your wallet or whatever you carry in your purse by about 30 or 40 percent," Istvan said.

"The US Navy is interested in implants of course because they want to know where their soldiers are in the field, and it's not always useful to have a tracking device strapped onto the wrist or to their clothing."

© Wikipedia /
DARPA’s New 'Neural' Microchip Could Let Drones Think Like a Human
The technology would enable a tracking device to continue working even if a soldier was wounded or captured by the enemy, Istvan said. He explained that the navy is also motivated by security concerns, which also raise legal questions.

"But there are some security concerns for the navy. We have civilians going into the military, and chipping yourself is something that has become more common – for example, I have a chip in my hand."

"Do you allow somebody who has just signed up to the service with a chip in them, onto a nuclear base, or should there be some protocol or policy regarding that?"

© Sputnik / Yuri Streletc
Russian Scientist and Team Create Microchip to Replace Laser
The legality of biological chips is a gray area, and they are currently bought on the black market from companies over the internet, without any regulation.

"You inject these chips in yourself, it's just a 30- or 60-second procedure, the chips are so small they go in through a needle, they're literally the size of a grain of rice so right now that's one of the things I'm trying to do, is get the US government and official institutions like the Navy to start discussing it and creating policies around it."

Someone Eager to Party? Collision Spreads Beer and Chips On Florida Highway