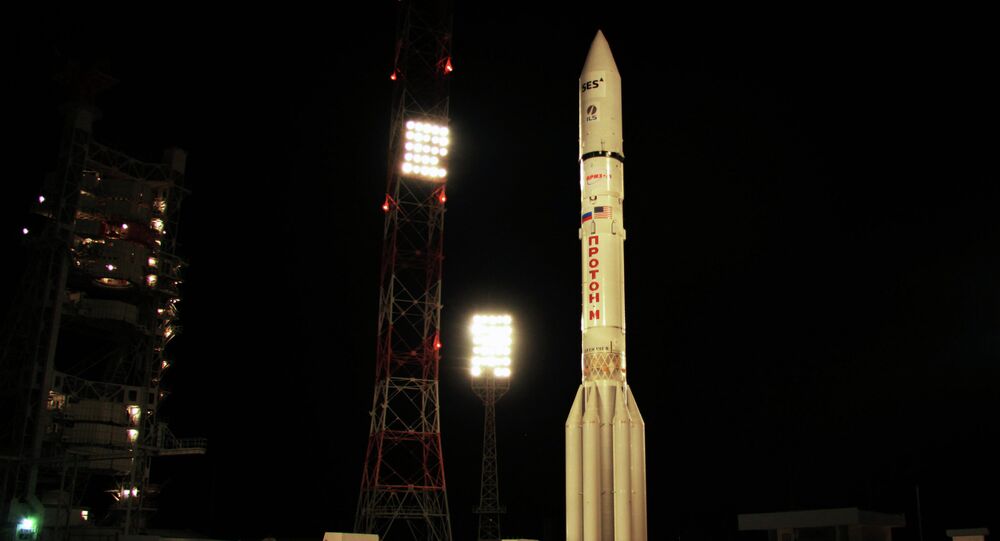 The launch of the Russian Proton-M carrier rocket with US Intelsat DLA-2 satellite was postponed due to a problem with a connector on the flight vehicle, the International Launch Services (ILS) said in an updated statement explaining the delay cause.

WASHINGTON (Sputnik) – The Proton-M is the largest carrier rocket in Russia's fleet of space launch vehicles. The rocket has lifted dozens of Russian-made and foreign satellites into orbit since it was first commissioned into service in 2001.

© REUTERS / Shamil Zhumatov
The Proton-M rocket, carrying the ExoMars 2016 spacecraft to Mars, blasts off from the launchpad at the Baikonur cosmodrome, Kazakhstan, March 14, 2016

"Following the additional verifications of the cables and connectors associated with last night’s issue which resulted in a delay to the Intelsat 31 launch, the problem has been isolated to a connector on the flight vehicle. The ground system was wrongly identified as the cause of today’s delay. The flight connector issue has been resolved and the vehicle cleared for flight," the Wednesday statement says.

The launch has already been postponed several times, starting from the end of last year.

The DLA-2 satellite was built for Intelsat S.A. of Luxembourg by US-based Space Systems Loral (SSL) of Palo Alto, California.

Russia May Launch Upgraded Proton-M Rocket on May 28