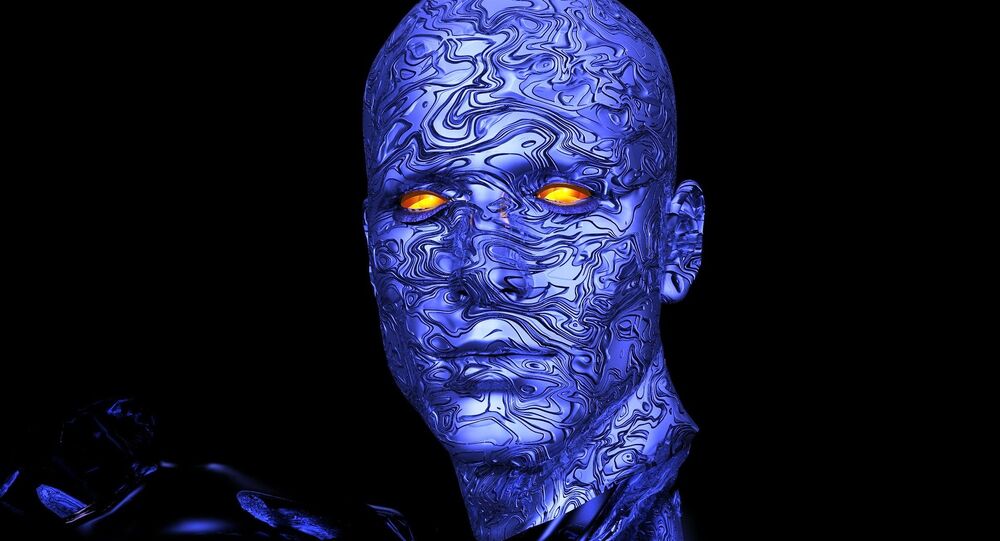 Machine Pain: Scientists Create Robots That Chicken Out When They're Hurt

German scientists have designed robots that can feel pain and react accordingly.

Robotics researchers from Leibniz University of Hanover have developed an artificial nervous system and organic-like tissues that can tell a robot whether it is getting hurt.

The sensors located on the robot's arm and hands have been modelled after human skin, and they have been programmed to perceive different levels of pressure, force and temperature, and cause a different reactions from the robot depending on the pain's severity.

© Photo : Leibniz University of Hannover
The researchers developed a pain-reflex controller for a BioTac fingertip sensor fitted to a Kuka robotic arm.

So, for instance, if the bot's arm is slightly pinched, it would just gradually backtrack, while if it's punched, it will quickly flee the scene. If the pain inflicted is over the tolerance threshold, the automaton will just turn itself off to prevent damage.

The German scientists have also programmed the robot to act similarly when treated with moderate to extreme heat, for example, a vessel containing boiling water placed in the robot's hand.

So what is the use of building a robot that can suffer? The answer is complicated.

Today, more and more robots are used to replace humans in dangerous environments — from battlefields to underwater exploration to factories and even post-nuclear meltdown maintenance.

In these hellish settings, it is rather easy that robots get damaged but sometimes it goes undetected. Over time, robots could stop working because of minor damages that are not promptly fixed as they are caused.

Not only it is concerning as robots tend to cost a lot, but it can also be hazardous as unnoticed malfunctioning could trigger fires or accidents.

By adding pain sensors, thus, robots would know whether they are being damaged and, more importantly, retreat before things get too dangerous.