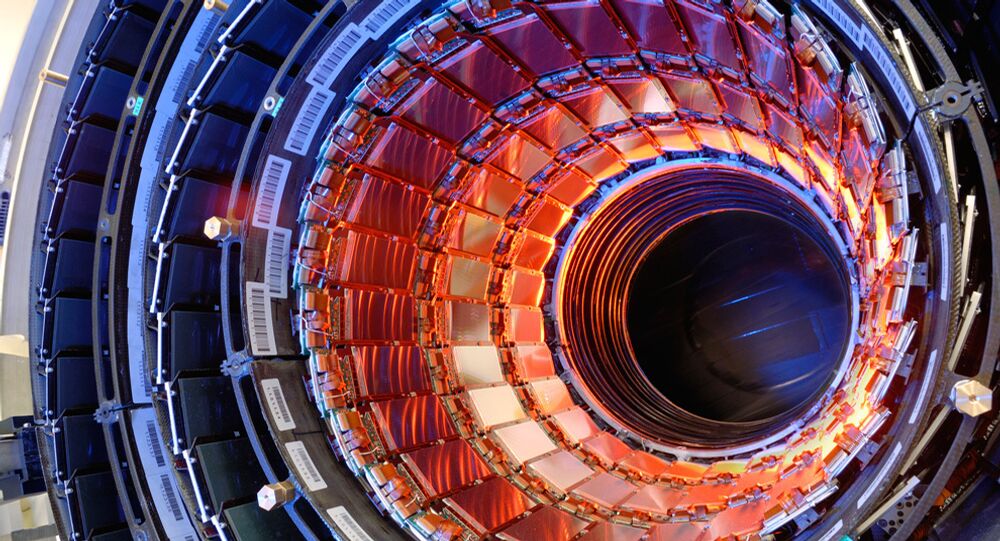 Scientists at CERN are hinting that they may have discovered a new particle.

After two years of upgrades, the world's largest particle collider, aptly named the Large Hadron Collider, used by scientists to discover the Higgs boson four years ago, may bring a new particle that could revolutionize the whole Standard Model of physics.

In December 2015, the LHC's Atlas and Compact Muon Solenoid particle detectors offered initial readings indicating the existence of a particle not included in the Standard Model of physics. This unknown particle is thought to be almost four times the mass of a top quark, the largest particle in the simulation, and six times larger than the Higgs boson, CERN officials said.

Additional experimentation is required to ascertain whether the particle actually exists. Otherwise it will be considered an error. However, physicists at CERN are excited about the possible discovery.

"It's a hint at a possible discovery," said Csaba Csaki, theoretical physicist from Cornell University who isn't involved in the project. "If this is really true, then it would possibly be the most exciting thing that I have seen in particle physics in my career — more exciting than the discovery of the Higgs itself."

"This particle — if it's real — it would be something totally unexpected that tells us we're missing something interesting," said Dave Charlton, who heads up the LHC Atlas team.

However, scientists do not disclose details about possible new particles. Media speculation that it could indicate a graviton, a hitherto theoretical gravity particle, or a different boson, or even dark matter, are heating up the wires.

Csaki stressed that the preliminary results don't qualify as a discovery yet and there's a good chance they may turn out to not be true. The Higgs boson had been predicted by physicists for a long time before it was finally confirmed, he noted.