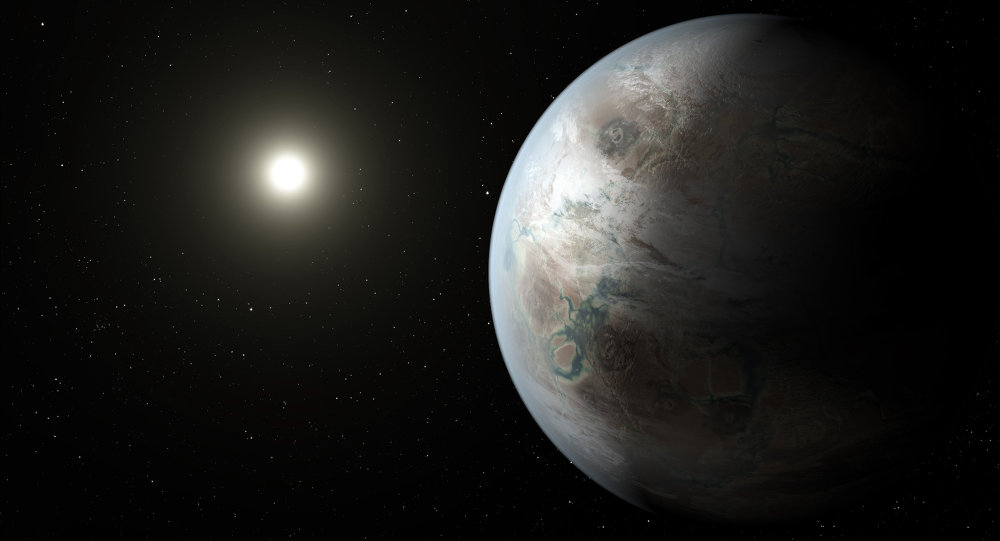 As scientists hunt for habitable planets, a team in Chile has spotted a collection of space rubble orbiting a distant star that is predicted to one day form into a planet. Dubbed an "infant Earth," the discovery could provide clues to our own planet’s evolution.

Located roughly 176 light years distant, scientists with the Atacama Large Millimeter/submillimeter Array (ALMA) in Chile identified the protoplanetary disk. While the material has not yet formed into a solid mass, it will, according to the astronomers, and it could resemble our own planet.

"This is the highest spatial resolution image ever of a protoplanetary disk from ALMA, and that won’t be easily beat going forward," Sean Andrews, lead author of the study published in the Astrophysical Journal Letters, said in a statement.

"Previous studies with optical and radio telescopes confirm that this star hosts a prominent disk with features that strongly suggest planets are beginning to coalesce," Andrews added.

"The new ALMA images show the disk in unprecedented detail, revealing a series of concentric dusty bright rings and dark gaps, intriguing features that suggest a planet with an Earth-like orbit is forming there."

Because the TW Hydrae system is thought to resemble the way our own solar system appeared when it was a mere 10 million years old, the baby planet could offer insights into how Earth was formed.

"TW Hydrae is quite special," the study’s co-author David Wilner said in the statement.

It remains unclear just how big the distant planet would become. Given its rocky composition, it will be far smaller than gas planets like Jupiter and Saturn, but it could form to be a larger super-Earth. Orbiting within the habitable zone, it could potentially host life.

ALMA identified additional planets that appear to be forming around TW Hydrae. Located further from the host star, these would be comparable to Uranus and Pluto.