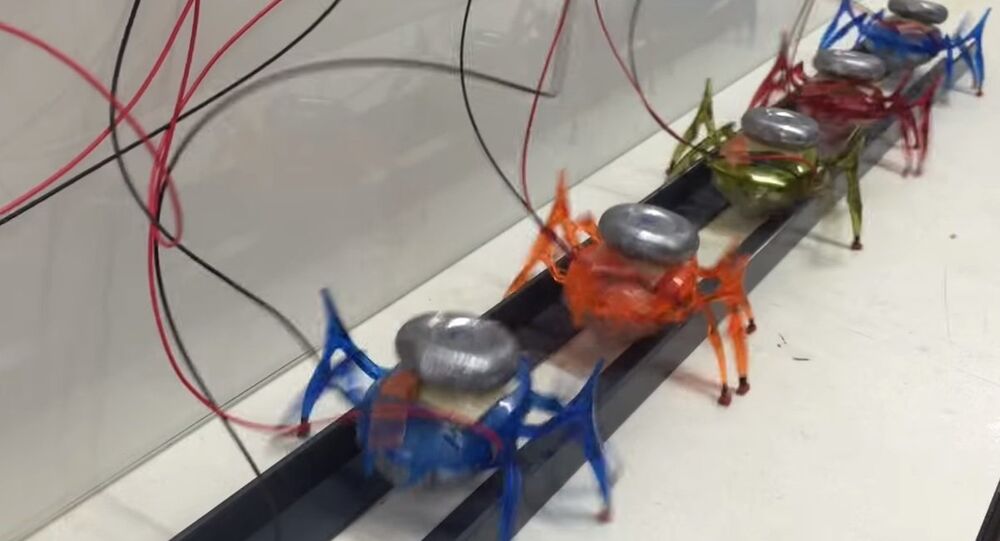 Scientists have created tiny robots weighing just 12 grams that can carry 2,000 times their own weight; they filmed six of them towing a car weighing a whopping total of 1,800 kilograms.

© Photo : Promobot
Ni Hao You Doin'? Russian Robots Meet and Greet in Chinese
Mechanical engineers at Stanford University in the US have created microrobots that are able to pull 2,000 times their own body weight using principles borrowed from nature to increase their strength.

"By considering the dynamics of the team, not just the individual, we are able to build a team of our 'microTug' robots that, like ants, are super-strong individually, but then also work together as a team," graduate student David Christensen told the New York Times.

The researchers, who have published their findings in a research paper called Let’s All Pull Together: Principles for Sharing Large Loads in Microrobot Teams, created a 12 gram micro robot which uses controllable adhesive, like ants do, to pull 2,000 times its weight.

They have also made a nine gram climbing robot which has sticky feet like a gecko lizard that enable it to walk up vertical surfaces. It can carry over a kilogram while walking up glass, a feat equivalent to a human climbing up a skyscraper while carrying an elephant.

Sex Robots and Being Human