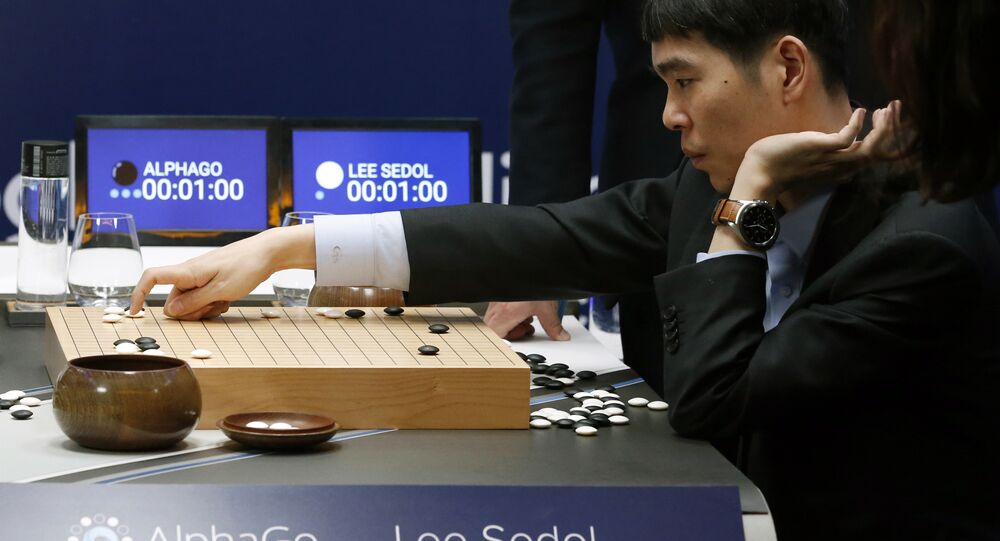 South Korean Go champion Lee Sedol, who has won 18 international titles playing the strategic board game, has managed to win one game against the AI program AlphaGo; he still trails by three games to one.

"I've never been congratulated so much just because I won one game!" Sedol told a press conference after the game.

He had been predicted to win the series 5-0 or 4-1, despite AlphaGo already having beaten European champion Fan Hui in a five game match last October.

Go is a strategic board game for two players which originated over 3,000 years ago in China, and is popular in many East Asian countries. It is called "Go" or "Igo" in Japan, "Baduk" in Korea and "Weiqi" in China.

The game is played on a grid with black and white pieces, called stones, and the players score points for taking territory with their stones and capturing stones from the other player.

Everyone thinks Lee Sedol won but did you look at the black pieces pattern??? #AlphaGo #AI #Skynet pic.twitter.com/XXzjN5oSFf

​It was considered impossible for computers to play the game at a world-class level because the game has a near-infinite number of potential configurations and requires intuition to be played successfully.

AlphaGo was developed by Google Deepmind, an artificial intelligence company founded in September 2010 by Demis Hassabis that was bought by Google in 2014.

Lee Sedol wins game 4!!! Congratulations! He was too good for us today and pressured #AlphaGo into a mistake that it couldn’t recover from

​​Mistake was on move 79, but #AlphaGo only came to that realisation on around move 87

​The developers published a paper on AlphaGo in the journal Nature in January 2016, which explained the AI's success at playing humans, using "value networks" to select moves.

They wrote that "these deep neural networks are trained by a novel combination of supervised learning from human expert games, and reinforcement learning from games of self-play," and enabled the computer to beat a human at Go, a feat previously thought to be at least a decade away.

Game of Thrones? Tymoshenko ‘Fighting to Regain Power in Ukraine'