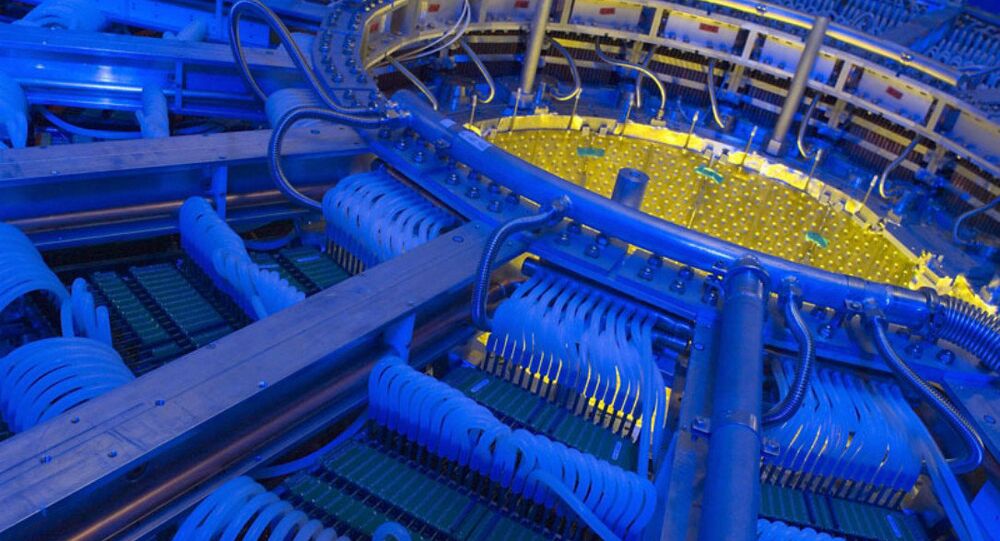 Scientists working with the data obtained during Large Hadron Collider (LHC) experiments have made an interesting and potentially groundbreaking discovery.

© Photo : Youtube/Grisha Kirilin
Japan Launching World’s Newest Particle Collider With Russian-Made Parts
While analyzing data collected during the LHCb experiment in 2011 and 2012, scientists noticed a discrepancy that couldn’t be explained by the Standard Model of particle physics – a discrepancy which may have some far-reaching consequences.

"To put it in terms of the cinema, where we once only had a few leaked scenes from a much-anticipated blockbuster, the LHC has finally treated fans to the first real trailer," said Mariusz Witek, a professor at the Institute of Nuclear Physics of the Polish Academy of Sciences.

The anomaly discovered by researchers is associated with particles called 'B mesons' which should decay at very specific angles and frequencies according to the Standard Model. However, the data obtained during the LHCb experiment doesn’t match these predictions, and now the scientists are trying to figure out why, and what it means for science and for mankind.

"Up to now all measurements match the predictions of the Standard Model. However, we know that the Standard Model cannot explain all the features of the Universe. It doesn’t predict the masses of particles or tell us why fermions are organized in three families. How did the dominance of matter over antimatter in the universe come about? What is dark matter? Those questions remain unanswered. What's more, the force we all experience every day, gravity, isn’t even included in the model,” Profesor Witek added.