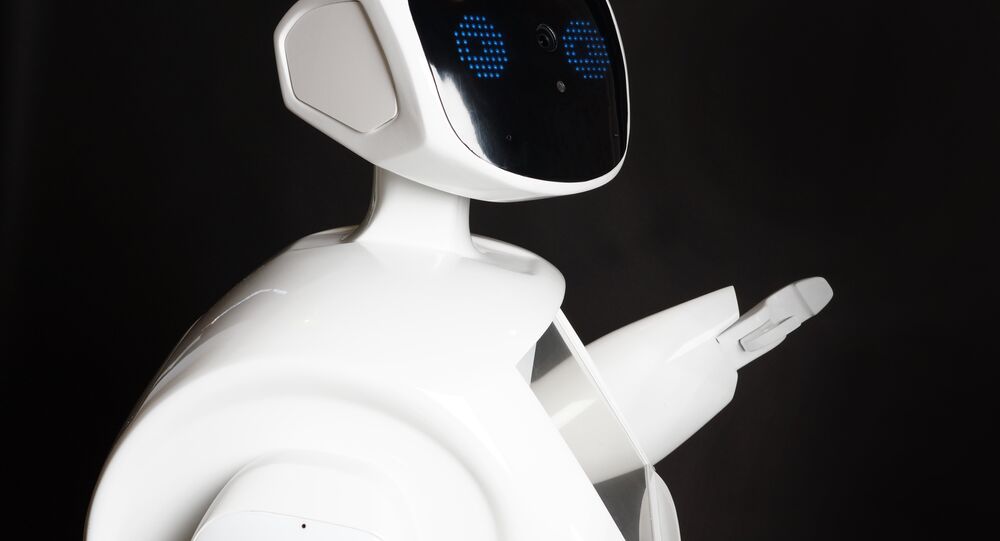 Five robots produced by the Russian company "PromoBot" greeted visitors in one of the business centers in the Chinese city of Hangzhou.

The robots can speak different languages, understand the meaning of the words, respond to various questions and remember everyone they have spoken with.

"Our robots have the greatest degree of autonomy among all models presented in the current global market. They have the most powerful linguistic base, which allows them to participate in a dialogue in multiple languages, including Chinese," co-founder of the new project Oleg Kivokurtsev told Sputnik.

© Photo : BFU press service
Russian Cockroach Robot Spy May ‘Inspire Children to Study Programming’
According to the expert, the robots can easily find their bearings in the crowd and therefore can assist in navigation and advising clients, collect information about customers in shopping malls and even work as museum guides.

"At the same time they are able to recognize human speech regardless of the level of noise and people, even in complete darkness," Kivokurtsev said.

One robot costs about 10 thousand dollars, which is about five times lower than the price of any foreign analogues. The affordability of the machine can be explained by the fact that it is made from spare parts.

© Photo : SPREAD Co.,Ltd.
New Japanese 'Robot Farm' Can Grow Vegetables Anywhere on Earth
Five robots were acquired by Chinese company Keysi Microelectronics and welcome guests in a business center. Four others which arrive in the near future are expected to be placed in Hangzhou's largest shopping center. The company has already ordered another 100 Russian robots, which are expected to be supplied until the end of 2017.

According to Kivokurtsev, representatives of Keysi Microelectronics are not the only ones who demonstrated interest in the Russian start-up. The project initiators are, however, sure that the project won't be illegally used by someone else as the robots' software can't be copied and has to be created from the scratch.