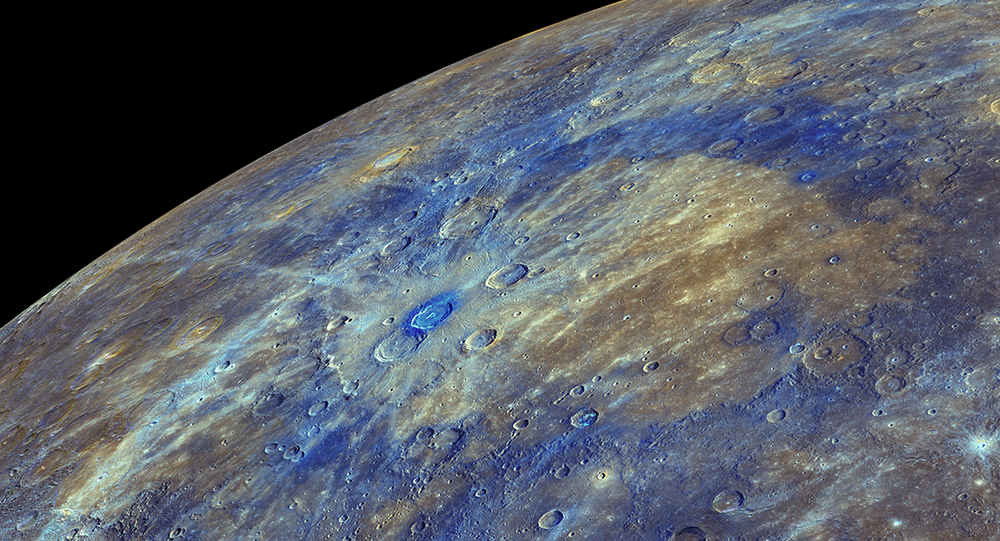 The secret behind Mercury's low visibility to astronomers has finally been revealed thanks to a recent mission to the planet.

The reason for planet Mercury's 'dark' appearance to astronomers has been found to be graphite, astronomers examining data from NASA's MESSENGER mission found.

The study, carried out at Johns Hopkins University's Applied Physics Laboratory found that the planet's outer core is largely made of graphite, which floated to the top of the initially molten planet before it cooled.

"We used MESSENGER’s Neutron Spectrometer to spatially resolve the distribution of carbon and found that it is correlated with the darkest material on Mercury, and this material most likely originated deep in the crust," one of the study's co-authors said in a statement.

© NASA . /ESA
Hubble Telescope Finds Enormous Black Hole, Largest On Record
The distribution of the graphite also found that while it was generally not the top layer, it often appeared in large craters. Around Mercury in general, the graphite layer was later covered with magma coming from volcanic activity.

"As this magma ocean cooled and minerals began to crystallize, minerals that solidified would all sink with the exception of graphite, which would have been buoyant and would have accumulated as the original crust of Mercury," the Applied Physics Laboratory's Rachel Klima said.

However, the planet's top layer still retains graphite in its rocks, further darkening the surface.