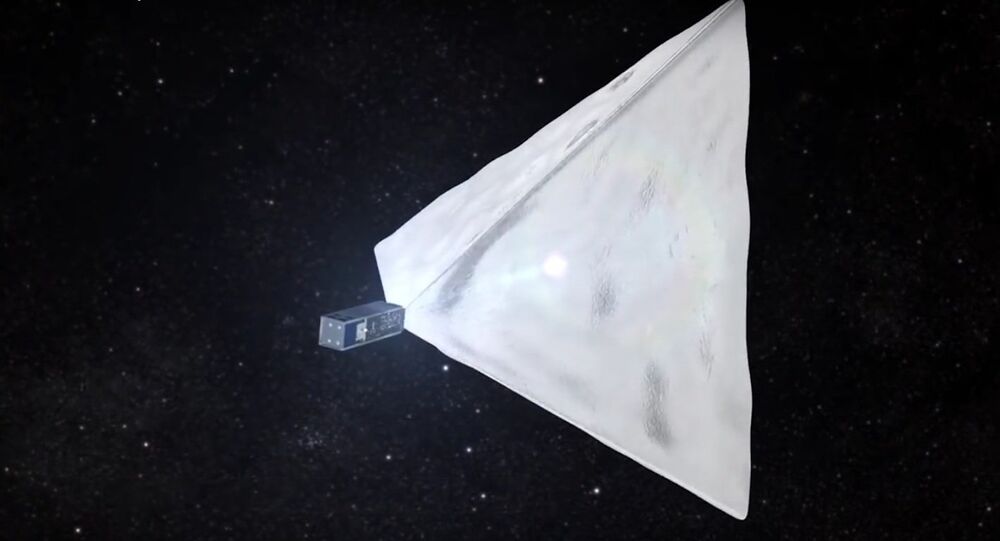 A Russian team of aerospace engineers and enthusiasts are preparing to launch their 'Mayak' satellite into space aboard the Soyuz-2 rocket, where it will be the brightest "star" that shines above Earth.

© Photo : Youtube/Russian RT
Russia Launches Rokot Carrier Rocket With European Satellite
A team of aerospace engineers and enthusiasts from Moscow's University of Mechanical Engineering (MAMI) are putting the finishing touches to their 'Mayak,' or 'Beacon' satellite, and have raised enough money for the next stage of the spacecraft's testing before it is launched into space by the Soyuz-2 carrier rocket.

On Thursday the Mayak team announced they have managed to raise 1.5 million rubles ($19,650) on the Boomstarter crowdfunding platform, which allows them to complete the next stage of the satellite's flight testing.

The project currently has 1.72 million rubles from 2,116 sponsors and is on the way to its next funding aim, which is to create another model of Mayak for Moscow's Museum of Cosmonautics, where they showed their spacecraft to the public at a lecture last week.

After that, the engineers' next objective is to construct a system of aerodynamic braking that in the future will help to bring Mayak and other satellites to Earth without having to use an engine to pass back through the Earth's atmosphere.

Once Mayak begins its sun-synchronous orbit above the Earth, the spacecraft will unfold a 16 square meter pyramid of reflectors that will reflect the Sun's rays, creating a man-made star visible from Earth and bright enough to rival any other solar system.

It will be possible to follow the satellite using a mobile phone application, to find out where Mayak is at any time.

"We want to show that space exploration is something exciting and interesting, but most importantly that today it is accessible to everybody who is interested," project leader and head of MAMI's 'Contemporary Cosmonautics' program Alexander Shaenko explained.

"The Mayak project is a team of enthusiasts, who are showing that space is simpler and closer than we are all used to thinking."

"We are sending a spacecraft into orbit that will be the brightest star in the sky, visible from any point on our planet."

© Sputnik / Maksim Blinov
Roscosmos Prepares to Launch First Manned Soyuz MS Spacecraft From Baikonur
Last month Russian space agency 'Roscosmos' confirmed that Soyuz-2 may launch Mayak into space as early as this summer, when the carrier is also slated to carry the Kanopus-V-IK satellite into space to take images of forest fires.

"Attracting young people to the field of cosmonautics is one of our priorities," a Roscosmos spokesman explained.

"Roscosmos works seriously with universities and by supporting projects like Mayak we boost the motivation of students to work for Russian space rocket enterprises in the future. The team will get a great opportunity to create real spacecraft, and master the basics of satellite design."