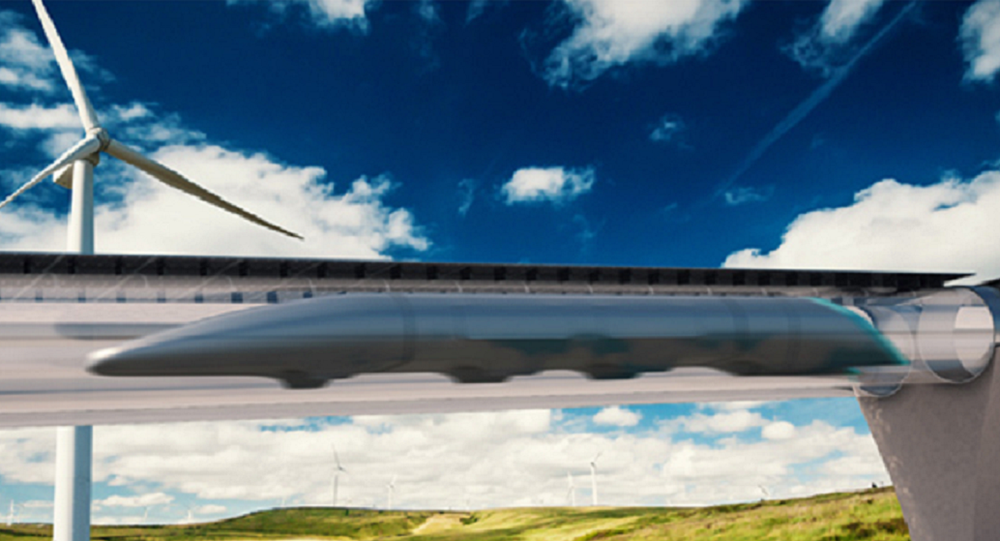 Just imagine: you buy a ticket, get on the train and... whizz toward your destination through a tube at sonic speed. Impressive? That's how you may be travelling in Russia quite soon.

With a sonic speed train, for instance, a passenger will be able to 'rocket' from Moscow to Saint Petersburg in just 35 minutes instead of nearly four hours by the Sapsan, currently the fastest train on the 650-km-long route.

​In Bibop Gresta's book, Russia is "a perfect country to have a Hyperloop" due to its vast territory and high population. The proposed solution to connecting the farthest edges of the world's largest country will save a lot of time while facilitating the economy.

Moreover, the train has advantages over other means of transportation, as it costs "10 times less than any other system" which might be explained by the fact that a Hyperloop will be designed to run on wind and geothermal energy as well as energy derived from its own movement.

Currently the speed record for trains belongs to the L0 series Shinkansen, measured at 347.7 mph (603 kmph). Passenger planes fly at some 500 mph (slightly over 800 kmph).

​The Hyperloop concept features a capsule with passengers travelling on cushion of air through a system of reduced-pressure tubes. The absence of wind resistance enables the light aluminum capsule to blast past at the speed of 760 mph (1220 kmph) which is equivalent to sonic speed.

​A Hyperloop track is expected to be situated on pylons to avoid collisions with convenient means of transportation.

The HTT hopes to launch its first full-fledged transportation system in California in 2019, according to Gresta.

The project was inspired by US entrepreneur and engineer Elon Musk who is going to build a test track in Texas.

Predicting that Russian industries will soar in 10 years, Gresta concluded:

"Innovation will drive Russia into the new Renaissance."