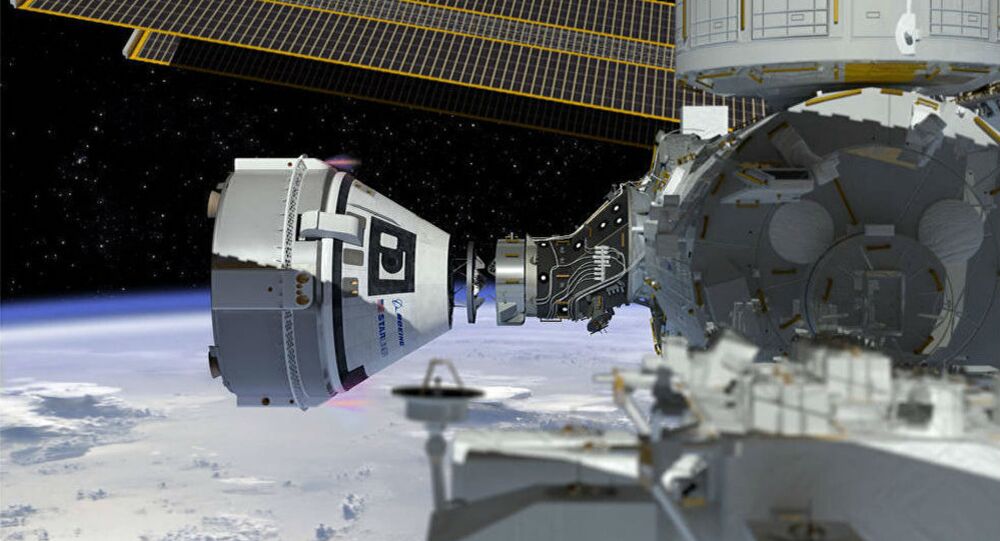 The US National Aeronautics and Space Administration (NASA) awarded the second crew mission to the International Space Station (ISS) to the US company Boeing, NASA said in a press release Saturday.

WASHINGTON (Sputnik) — In May, the agency awarded Boeing its first commercial human spaceflight mission. According to the statement, NASA decided Friday to establish regular crew missions that would launch from the United States to the ISS.

"Once certified by NASA, the Boeing CST-100 Starliner and SpaceX Crew Dragon each will be capable of two crew launches to the station per year," the press release quoted Kathy Lueders, manager of NASA’s Commercial Crew Program, as saying.

© Flickr / NASA Johnson
Quick Trip to Mars, Anyone? NASA’s ‘Impossible’ Warp Drive Engine Actually Seems to Work
According to Leuders, placing orders for the missions “really sets us up for a sustainable future aboard the International Space Station."

A standard commercial crew mission to the ISS will carry up to four NASA or NASA-sponsored crew members and about 220 pounds of pressurized cargo. The spacecraft will remain at the station for up to 210 days, available as an emergency lifeboat during that time, according to NASA.

This is the third in a series of four guaranteed orders NASA is expected make under the Commercial Crew Transportation Capability contracts with Boeing and the private space company SpaceX.

NASA Gets Funding Requests for 2016

Cheers! Meet the NASA Cup for Drinking in Space!