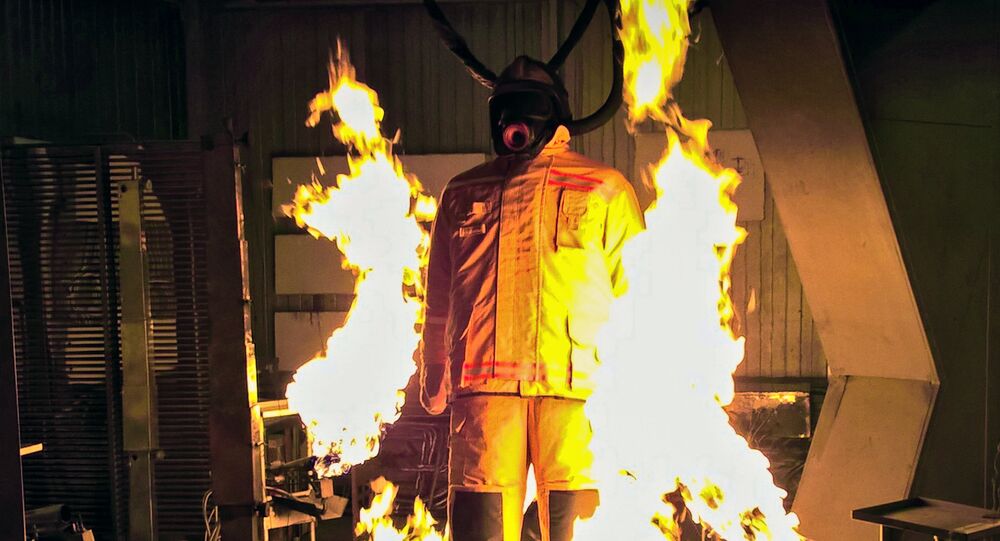 A group of young scientists from Russia’s National University of Science and Technology (MISiS) developed a new protective suit for search and rescue workers.

The suit has already been dubbed as the "superhero costume," since it's made out of fabric that doesn't burn in the fire, protects from freezing temperatures and harmful electromagnetic radiation.

"We're now completing the process of patenting the material and hope that after testing at the end of this year, it [the suit] will be adopted by our rescue workers in the Arctic," said Professor Vadim Tarasov, the head of one of MISiS departments.

The professor added that right now the university is carrying out the joint trials with the Russian Ministry of Emergency Situations to find out what the "superhero suit" is truly capable of.

© Sputnik / Ruslan Krivobok
Russia Delivers 1,000 Chemical Protection Suits to Iraq
Furthermore, in addition to being extra durable (it's almost impossible to break the material), the suit creates a protective magnetic field, which supposedly helps to boost the mood and stimulate a man's vital activity. In other words, a person wearing the "superhero" costume isn't only protected from the fire, frost and electromagnetic radiation, but would also always be in a good mood, the professor said.

MISiS scientists have been working to develop the suit for five years and this year the group received an award from the Russian government for their contribution in science and technology.

Tarasov noted that the Russian "superhero costume" has no foreign analogues and is the only product that has such parameters in the world.

Russia to build 10 emergency services centers in the Arctic