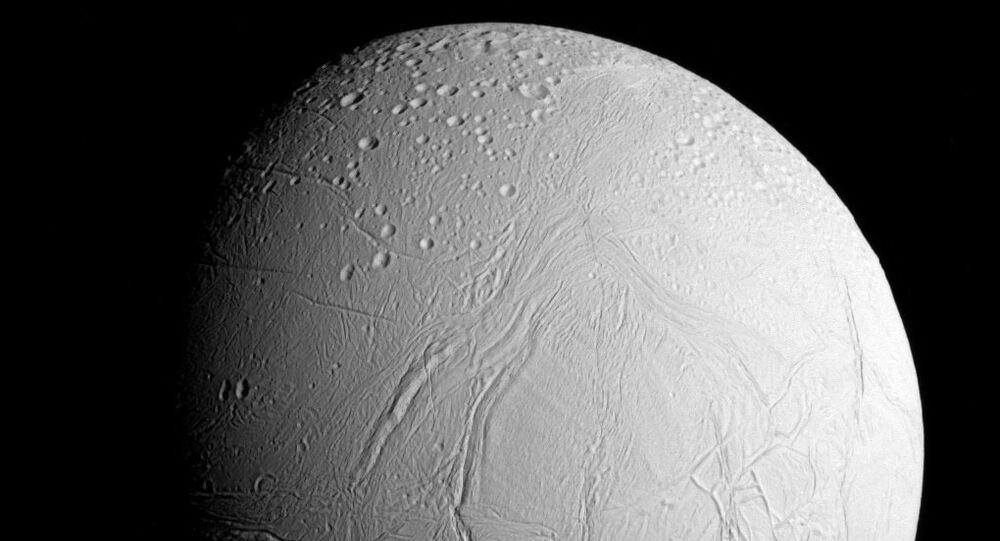 Saturn's ice-covered ocean moon, Enceladus, may be able to support alien lifeforms under its ice volcanoes, according to new data released by NASA.

The photographs show that the moon is still geologically active, meaning that NASA will consider the moon for further exploration as a habitable environment beyond Earth. The Cassini spacecraft will also send probes of the moon's gas and ice plume to analyze it for signs that the moon harbors signs of alien life.

© NASA . JPL-Caltech/SSI
During its closest ever dive past the active south polar region of Saturn's moon Enceladus

"Cassini's stunning images are providing us a quick look at Enceladus from this ultra-close flyby, but some of the most exciting science is yet to come," said the mission's project scientist Linda Spilker.

Enceladus is relatively small compared to Earth: it has a diameter of 500 kilometers (313 miles) compared to Earth's roughly 12,740 kilometers; Earth's own Moon is 3,474 km wide. It also has a surface gravity that is around 100 times less than Earth's.

The moon's water-based nature and geological activity could mean that it is suitable for habitation by alien lifeforms.

The Cassini-Huygens mission is a cooperative project between NASA, ESA (European Space Agency) and the Italian Space Agency which was launched in 1997.

Brand-New NASA Imagery Shows Jupiter in All Its Glory