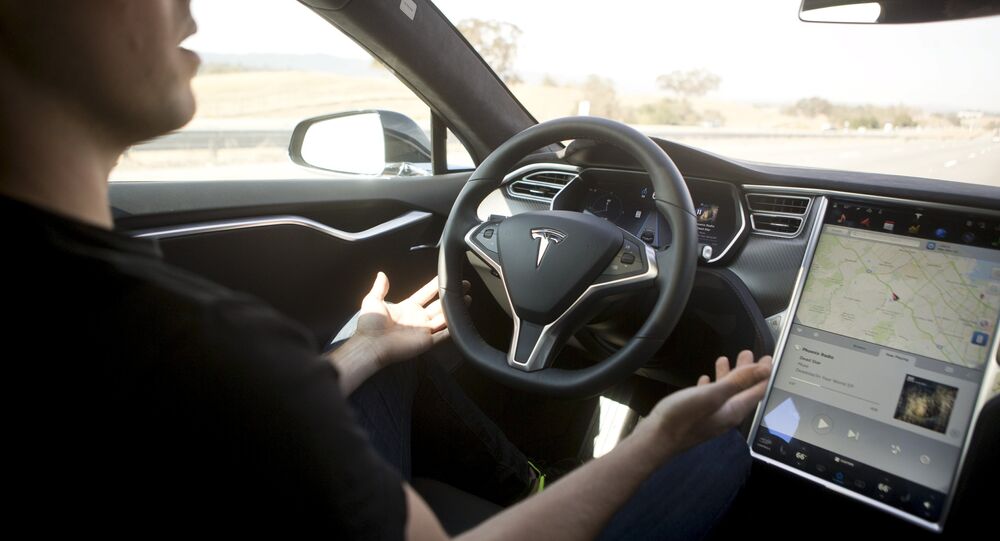 An over-the-air software update will provide Tesla owners with the possibility to upgrade to Autopilot, which uses the car's suite of sensors to autonomously drive the vehicle.

© REUTERS / Imelda Medina
At Least 30 Volkswagen Managers Implicated in Emissions Scandal
Owners of Tesla's Model S will be able to relax at the wheel after their vehicles receive an over-the-air software update that allows the car to drive itself under some conditions, using hardware the company began installing in the model in October last year.

According to Tesla, forward radar, a forward-looking camera, 12 long-range ultrasonic sensors around the car, and a high-precision digitally-controlled electric assist braking system, are to be used by the new Version 7.0 software release to allow the automated driving capabilities.

"While truly driverless cars are still a few years away, Tesla Autopilot functions like the systems that airplane pilots use when conditions are clear," the company explained in a press release on Wednesday.

© AFP 2020 / JOHANNES EISELE
A Tesla Model S P85d car is displayed at the 16th Shanghai International Automobile Industry Exhibition in Shanghai on April 20, 2015
In September 2014 Tesla CEO Elon Musk said that he believes the technology to make a fully autonomous car will be ready in five or six years, and that the cars "will be a factor of 10 safer than a person" at the wheel.

On Wednesday, Tesla sought to reassure any Model S owners nervy at the thought of giving over control of their car to a computer.

"The driver is still responsible for, and ultimately in control of, the car. What's more, you always have intuitive access to the information your car is using to inform its actions."

© AFP 2020 / FABRICE COFFRINI
Apple’s Electric Car May Hit the Roads in 2019
Model S owners who paid $2,500 for the Autopilot feature when they bought the car will receive the new upgrade for free.

Drivers who want to upgrade to autopilot will have to pay $3,000 for the privilege of the built-in chauffeur, which is able to steer the car within a lane of traffic, changes lanes and manage speed. In addition, autopilot is able to scan for a parking space, alert the driver when one is available, and parallel park on command.