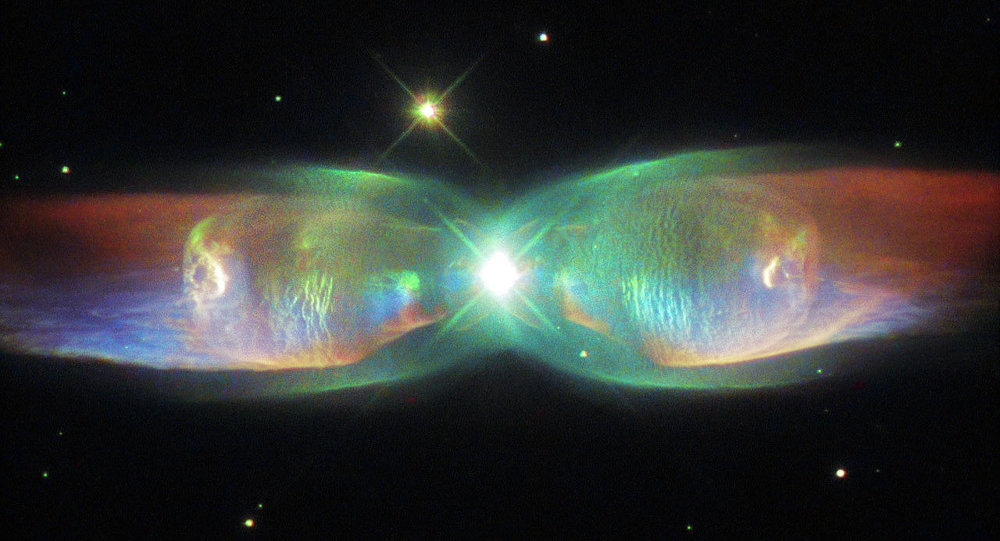 Known for its breathtaking photos of the cosmos, the Hubble Space Telescope’s latest image reveals a distant nebula known as Minkowski’s Butterfly.

In 1947, astronomer Rudolph Minkowski discovered an unusual object 2,100 light-years away from Earth: a dying binary star emitting two jets of massive, cosmic clouds. Now known as Minkowski 2-9, or M2-9, it has also been dubbed the Twin Jet Nebula. 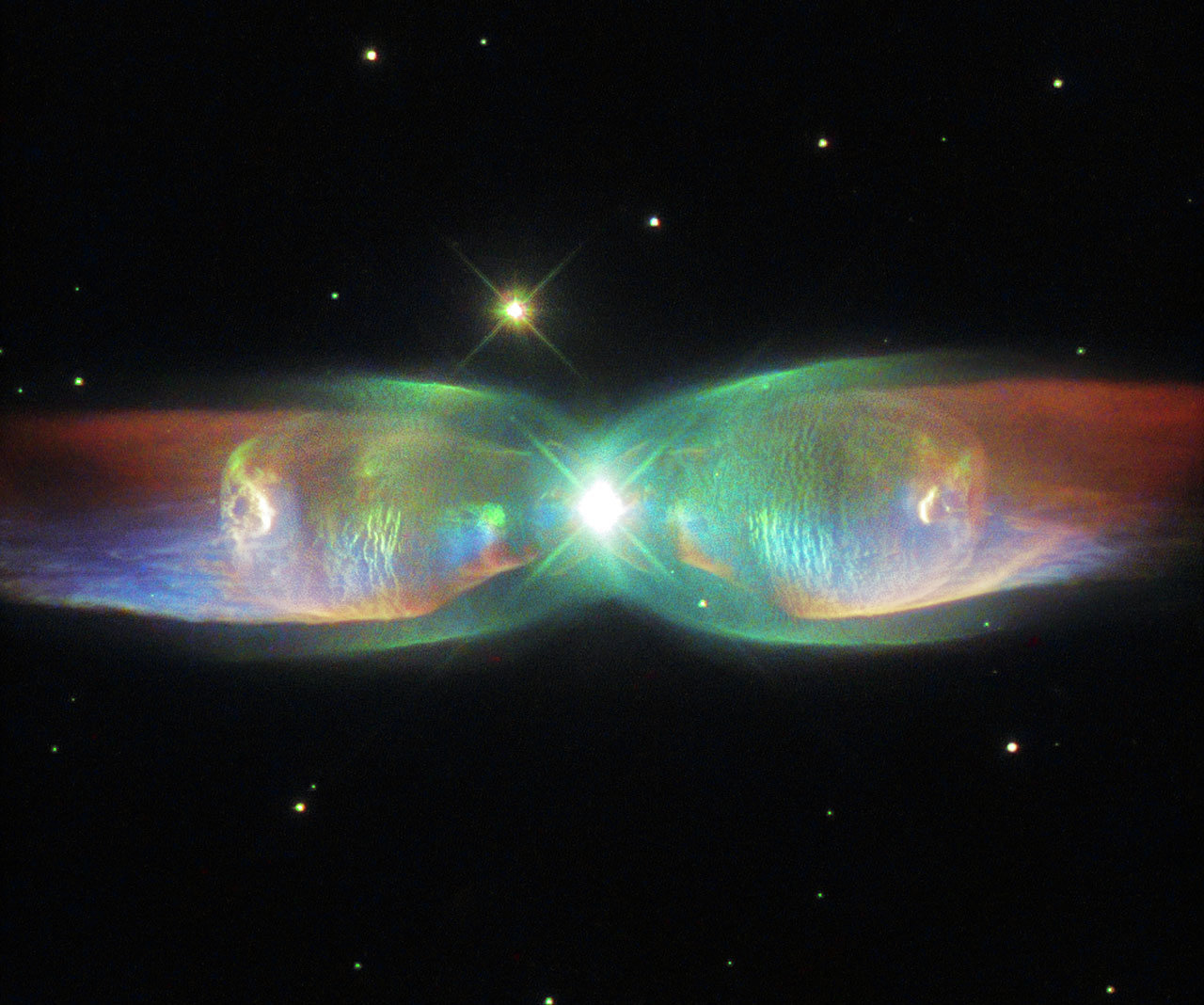 © NASA .
The shimmering colors visible in this NASA/ESA Hubble Space Telescope image show off the remarkable complexity of the Twin Jet Nebula.

Most nebulas feature a kind of translucent, spherical glow because it’s the result of a single star shedding its outer layers. But since M2-9 is a binary system, with a pair of dying stars gravitating around a shared fixed point, those emissions are dispelled as two brilliant plumes.

Those gases are expelled at speeds over 600,000 miles per hour.

"Within the wings, starting from the star system and extending horizontally outwards like veins are two faint blue patches," NASA said in a statement.

"Although these may seem subtle in comparison to the nebula’s rainbow colors, these are actually violent twin jets streaming out into space, at speeds in excess of one million kilometers per hour."

Part of the Ophiuchus constellation, scientists estimate the nebula to be roughly 1,200 years old.