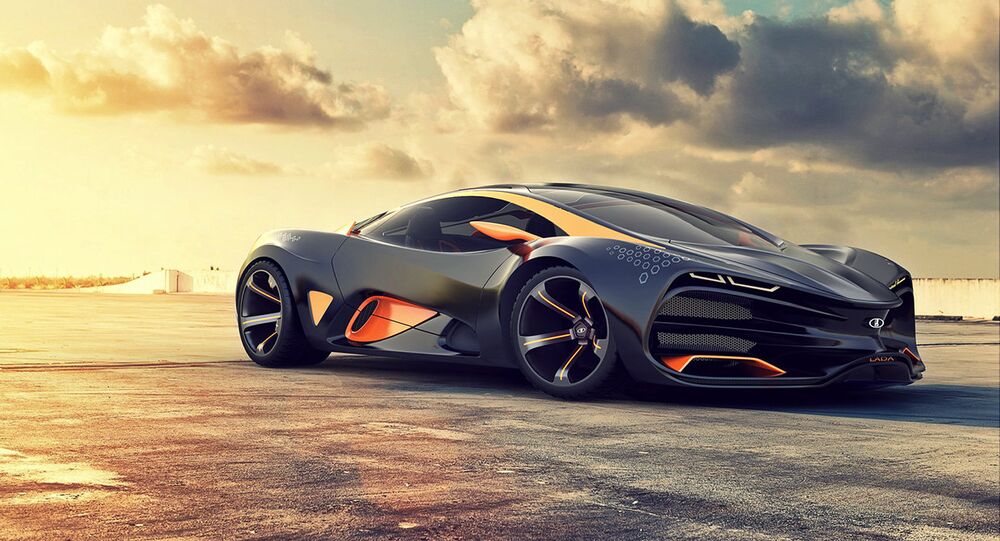 Supercar Designer Finds Manufacturer for Lada of His Dreams

Car designer Dmitry Lazarev has found a construction firm to make his dream Russian supercar come true, and is now looking for experts in aerodynamics to join his team of manufacturers.

© AFP 2021 / STR
Tesla Releases Urgent Security Patch After Model S System Hack
Car designer Dmitry Lazarev, who came up with the design for the futuristic 'Lada Raven' last year, has found a manufacturer to make 100 of his dream Ladas a reality, and is now seeking more expert car constructors to join the project to make Russia's first supercar.

Lazarev has teamed up with construction firm Vector to manufacture 100 of the vehicles; the futuristic design was first proposed to Lada manufacturer AvtoVAZ last year.

However, Lada politely declined the chance to become the makers of the first Russian supercar:

"AvtoVAZ's market segment is mass models, predominantly for users with a family. A low-riding sports car without a trunk is not our style," said Avtovaz.

"Right now, a team of engineers have decided to make Dimitry's dream a reality. The construction firm Vector has started production on a limited number of the supercars, under the brand 'Vector Raven," announced the team.

© Photo : Dmitry Lazarev
LADA Raven/Vector R1
Though Lazarev still has hopes to team up with Lada in the future, he and Vector are now looking for more partners to help construct the vehicle.
© Photo : Dmitry Lazarev
LADA Raven/Vector R1
"We invite all constructors who have expertise in suspension and aerodynamics, as well as marketing theorists able to help determine a price level," said Lazarev on Monday.
© Photo : from the Igor Ermilin's archive
Former Marussia Designer Developing New €2 Mln Supercar Called 'Wolf'
Lazarov and Vector have competition to become the producers of the first Russian supercar; last month president of the Russian Automobile Federation Igor Ermilin told Izvestiya that he is seeking investors to produce the Russian 'Volk,' [Wolf] supercar; Ermilin hopes that a prototype car will be produced by the end of 2016.

In keeping with its reputation as a producer of more practical vehicles Lada's latest innovation is the Vesta Cross Concept, an off road vehicle which will be unveiled at the Moscow Off-Road Show 2015, at the end of August.