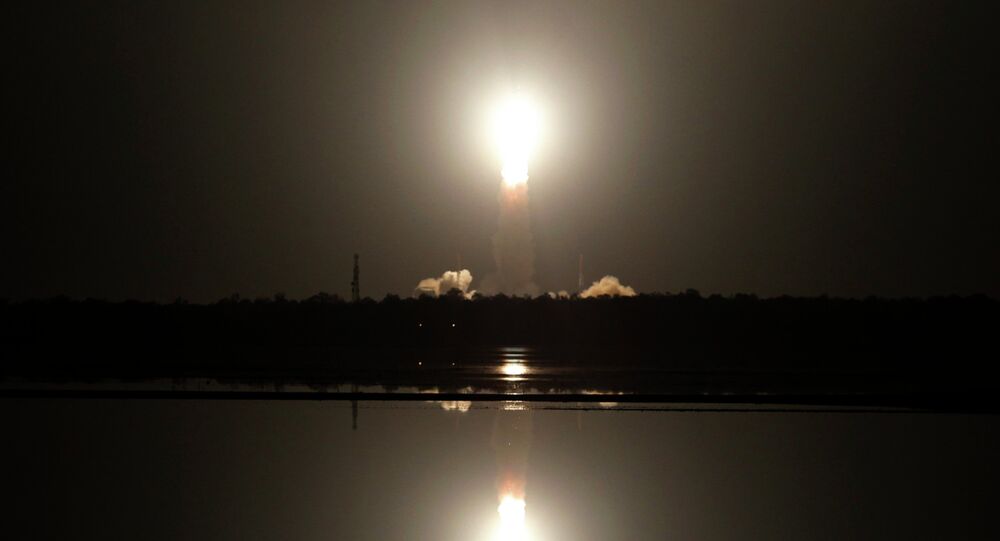 The Indian PSLV-C28 rocket in its high-tech XL configuration was launched into a 647 km [402 miles] Sun-Synchronous Orbit (SSO) with three identical DMC3 Earth observation satellites, each of which weighs 447 kg (985 lb).