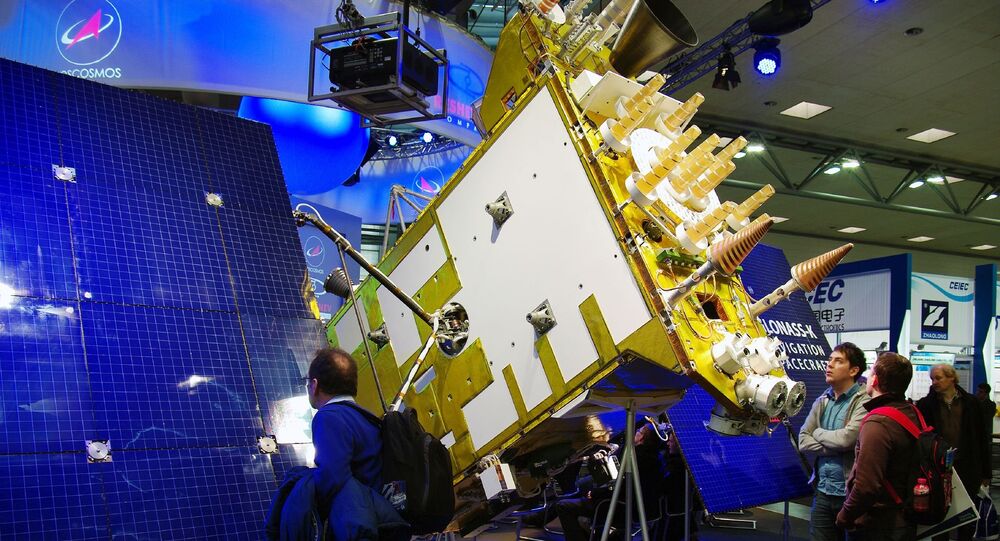 © Sputnik / Vladimir Baranov
GLONASS to Go on Stream in 2015 - Media
MOSCOW (Sputnik) — The mass production of Glonass-K1, the third generation of GLONASS navigation satellites, has begun, Federal Space Agency Roscosmos said Tuesday. This is aimed at ensuring the further development and expansion of the Glonass satellite network through 2017-2019. Glonass-K1 satellites have an increased lifetime of 10 to 12 years, a reduced weight of only 935 kilograms and offer an additional L-Band navigational signal.

"These satellites will be used to develop the Glonass grouping in 2017-2019," Roscosmos said in a statement.

The Glonass network currently consists of 28 satellites, 24 of which are operational.

In November 2014, Russia’s Aerospace Defense Forces Deputy Commander Maj. Gen. Anatoly Nestechuk said that the testing of the new generation of GLONASS-K satellites will be over by 2015.