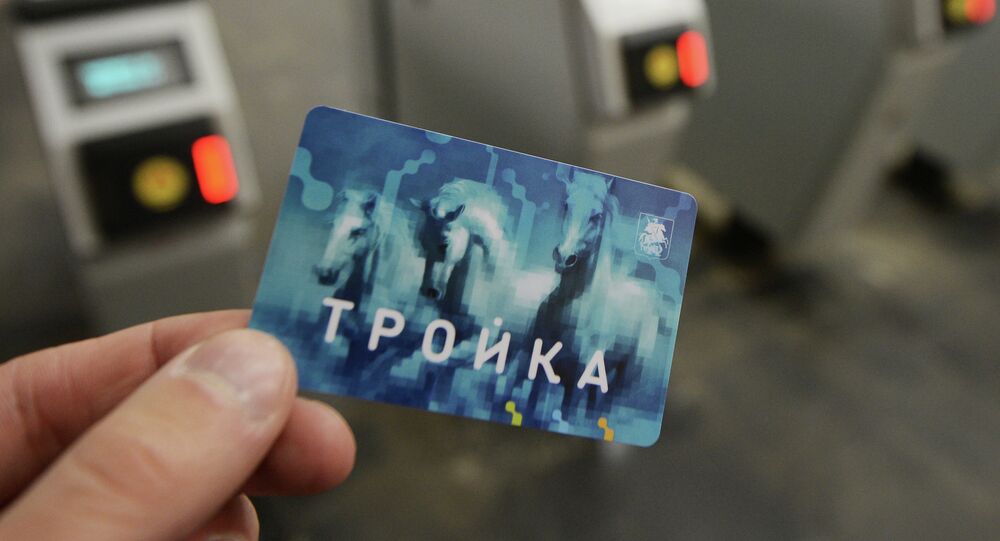 An engineer from Moscow has found the perfect solution not to worry about losing his transport card or office keys but it is not fit for everyone and involves transcending the limits of flesh by cutting into it.

The engineer dissolved a public transport card, known as Troika, in acetone to extract the NFC chip. He then covered the chip with silicon and implanted it through an incision in his hand.

Zaytsev programmed the chip to pay for the public transport and unlock doors to the office.

© Sputnik / Vladimir Astapkovich
He'll Be Back: Russia to Develop Advanced AI Within a Decade
There is no stopping the engineer from becoming a modern day cyborg. What's next for this tech-savvy guy? He plans to inject a chip from a credit card into his other hand.

Troika is a reusable card offering an array of fares for public transport in Moscow.

It can also be used to pay for commuter trains and express trains to and from airports serving the Russian capital. Troika cards can be also used to rent bikes in the city center during the summer.

The cards can be bought in any metro ticket office or from vending machines and refilled in ticket offices, online or at mobile phone stores.

'Injured' Robots Learn to 'Heal' Themselves in Under Two Minutes (VIDEO)

Russia’s First Avatar Robot May Be Created Within 10 Years