Three Russian companies, two universities and the country’s main network of scientific research institutes were listed on a report titled “The Future Is Open: 2015 State of Innovation” published by Thomson Reuters on May 26.

The Intellectual Property (IP) & Science Business of Thomson Reuters is the leading provider of intelligent information of innovative businesses, companies and research institutes.

In the 2014 report, the People's Friendship University was the only Russian entity briefly mentioned in the Thomson Reuters document, after taking a spot in the top 10 Pharmaceuticals, Medical Devices and Food, Tobacco and Beverage sections. Since then, Russia has made a big leap in terms of innovation and scientific research — three Russian companies and three research institutions became the world's leading innovators in five different categories.

Today, Russia is no outsider in the world of innovation, especially when it comes to the categories of Aerospace & Defense and Oil & Gas. Furthermore, Russian scientists are leaders in doing research related to semiconductors and pharmaceuticals, as well as innovations in the field of food, tobacco and beverage.

Fossil fuels remain the backbone of economy. Despite the dramatic plunge in global oil prices over the past year, the level of innovation in the petroleum industry stayed consistent over the last two years. The world's leading oil and gas companies are working hard to come up with cutting-edge technologies that would help them to produce more fuel for the ever-increasing global demand for oil and gas.

Tatneft, an oil and gas company based out of Russia's Republic of Tatarstan, became the leading petroleum and gas exploration innovator in Europe, ahead of Shell Oil, IFP Energy Nouvelles and Saudi Aramco.

People's Friendship University, based in Moscow, scored as the third pharmaceutical innovator across the globe in 2014. The university became a place for one of the most impactful research in the pharmaceutical industry, which is predicted to have strong sales potential in the near future. 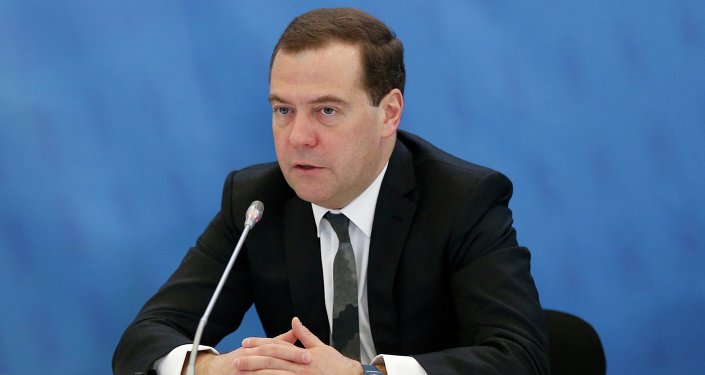 © Sputnik / Dmitry Astakhov
Russian Prime Minister Instructs Govt to Sign BRICS Memorandum on Science
And finally, in terms of the most active institutions engaged in research related to semiconductors, the Russian Academy of Sciences, the country's main network of scientific research institutes, became the second most prolific scientific research institution with 3,574 academic papers published, after the Chinese Academy of Sciences, which published an astounding 6,425 papers.

Four Japanese institutions, one from Singapore and one from Taiwan also made the top ten, showing that East Asia is an undisputed leader in the field. The West was represented by University of California, Berkeley with 1,622 and Cambridge University with 1,297 published papers, respectively.

Overall, last year saw a new high in patent volume with over 2.1 million unique inventions published. The largest growth in patent volume was recorded in the industries of food, tobacco and beverage (21 percent), pharmaceuticals (12 percent), cosmetics (8 percent) and biotechnology (7 percent).

"Innovation is at the heart of the global economy. It is the lifeblood of business," said Basil Moftah, the president of Thomson Reuters IP & Science. Proper scientific research, discovery and new ideas have a tremendous impact on the future of the global economy, Moftah stressed.