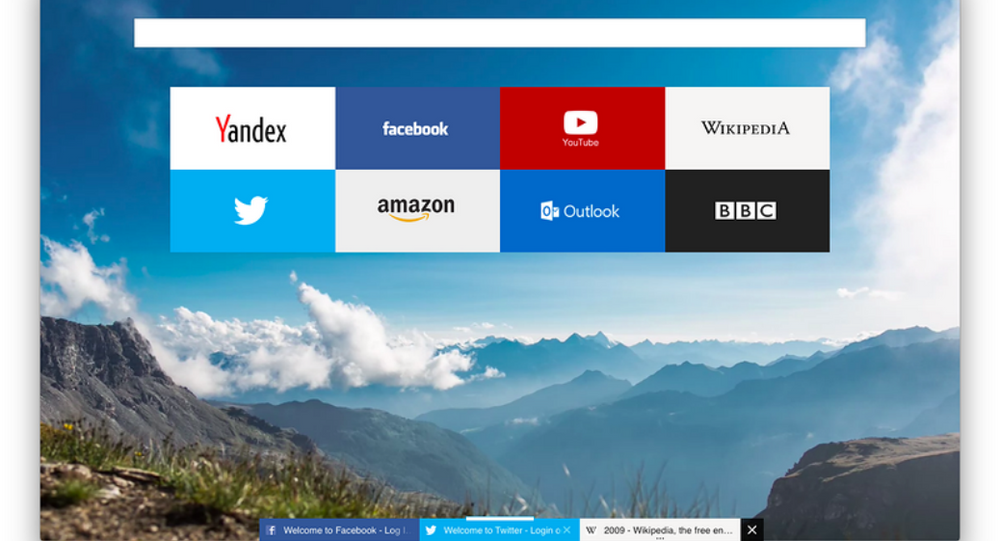 © Sputnik / Maxim Blinov
Yandex's Anti-trust Action Against Google Gathers International Support
Yandex released the beta version of its new browser on Thursday, which promises enhancements in privacy for users, and a minimalist interface which does away with the search bar altogether, once a webpage is opened.
© Sputnik / Anton Belitsky
NSA Planned to Use Google App Store to Launch Massive Spy Campaign
The "secure and anonymous browser," says the company, protects privacy by not collecting statistics on how people use the browser, and includes a "stealth mode," which stops websites from collecting usage statistics from visitors.

In a departure from other browsers, the Yandex interface "blurs the boundary between the website and the web browser," since the tabs appear along the bottom of the screen instead of the top, as in rival browsers, and the search bar disappears when not in use.

Upon launching the browser, users can choose a default service provider from a choice of three: Google, Bing or Yandex.

"The minimalist concept version of our Yandex.Browser launched at the end of last year to respond to the highly interactive nature of contemporary web browsing is now available as a beta version, which is designed to also address the rising demand for personal privacy," said the company in a statement on Thursday.

"To meet the expectations of those users who would like to have more control over their digital footprint, we’re now rolling out a much more private beta version of the experimental Yandex.Browser, available in 15 languages, including English, German, Portuguese, Spanish and French."

The experimental alpha version of the new browser was launched in November last year, and uses the Chromium open-source browser, which serves as the foundation for Google Chrome.

Yandex
The new-look Yandex.Browser
"At a point in time when web pages have stopped merely hosting content and now look more like fully-fledged applications interacting with their users in more ways than one; when websites no longer redirect their visitors to other places on the internet to give them what they need – web browsers cannot remain the same square windows through which to look at 'carved-in-stone' content," said the company in a statement accompanying the November release.

Yandex  is the most popular search engine in Russia, enjoying a 57.8 percent market share, followed by Google in second place with 34 percent. As well as its search engine, the company offers a range of services including email, maps, translation, cloud-based file storage, and an electronic marketplace.

In terms of browsers,  Yandex occupies seventh place worldwide, with Chrome, Internet Explorer, Firefox, and Apple Safari the most used PC-based browsers, according to data from StatCounter. The Opera browser, based and developed in Norway, is in fifth place, while the Chinese 360 Safe Browser is in sixth.