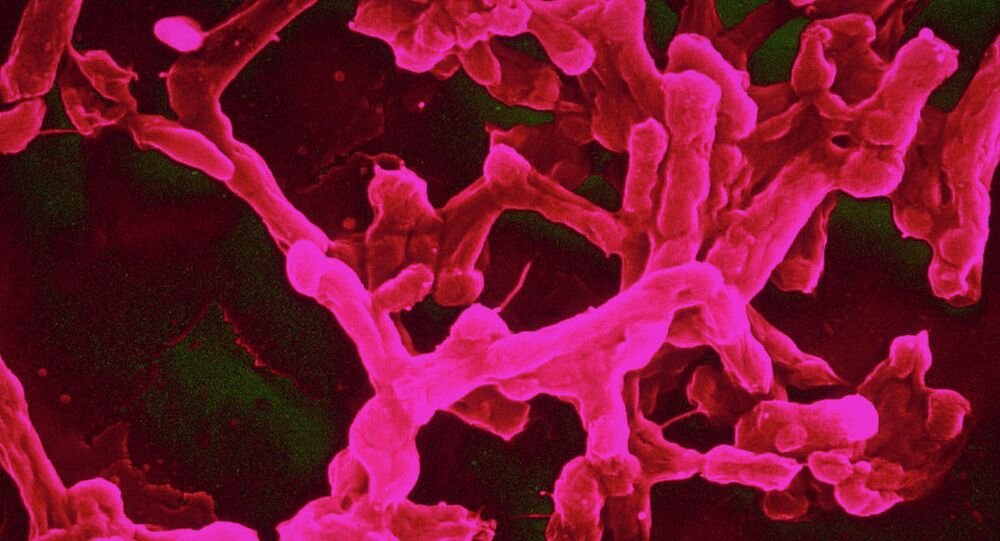 Researchers in Israel found that Pseudomonas aeruginosa bacteria killed with silver are very effective at killing similar bacteria which are still alive.

Researchers at the University of Jerusalem have found that Pseudomonas aeruginosa bacteria killed with silver nitrate can be used to kill living bacteria.

"It worked even better than our expectation. It's a new, previously unrecognized mechanism of how an antibacterial agent kills," researcher David Avner told Chemistry World.

© Photo : Racheli Ben-Knaz Wakshlak, Rami Pedahzur & David Avnir
TEM (bright background) and STEM (dark background) of P. aeruginosa before (a and d) and after (b, c and e) treatment with silver; the black (b) and white (e) granules represent silver deposition which account for the zombies biocidal action.
© Flickr / Daniel Hollister
The End is Nigh: Utah Expo Draws 'Prepper' Crowds With Bunkers, Zombies
The scientists found that the silver absorbed by the cells are used as silver "reservoirs for further killing." However, the bacteria in the experiment are themselves dead, having been killed by the silver nitrate.

The report on the experiments, published in the journal Nature, concludes that the effectiveness of the cells is due to the silver absorbed by them rather than the residue from dead cells. A control group of bacteria cells killed by heat did not lead to the same effect.

Drug-Resistant Stomach Bug Spreading Across US