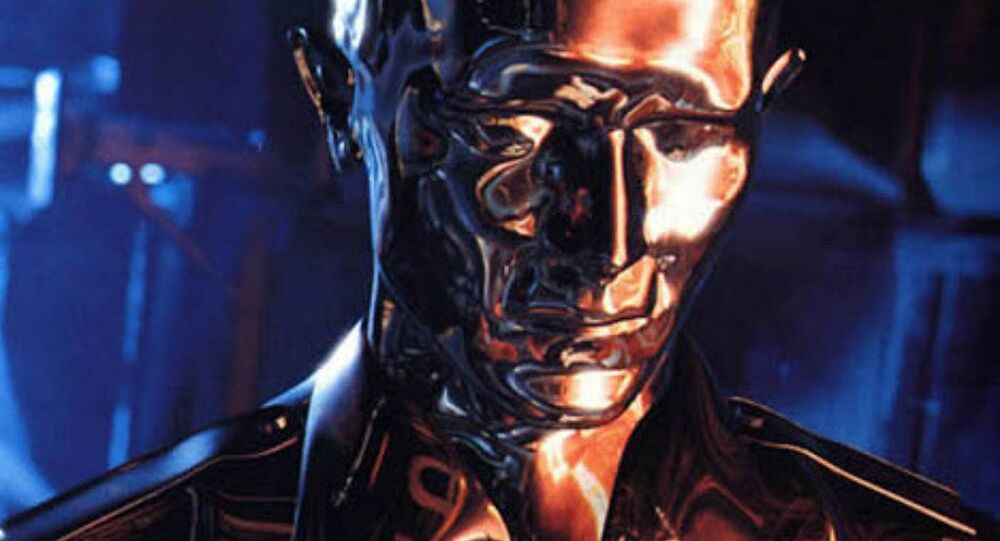 The Chinese researchers hope to create a non-rigid robot resembling the fictional T-1000 from Terminator 2, however, the robot would be used mostly to observe environmental changes or to deliver materials within pipes and tiny blood vessels.

A group of Chinese researchers has invented a bizarre self-powered liquid metal motor – apparently a step towards the creation of a copy of the morphing robot from Terminator 2.

The group's ultimate goal is to create an intelligent non-rigid robot resembling the fictional T-1000 from Terminator 2. However, according to the team leader, the robot based on their invention would be used mostly to observe environmental changes or to deliver materials within pipes and tiny blood vessels.

The invention is astonishingly simple: the self-powered liquid metal motor is a drop of alloy made mostly of gallium – a soft silvery metal that melts at 29.76 C (85.57 F) – indium and tin. Curiously enough, when placed into a solution of sodium hydroxide or even salt, and bought into contact with a small thin piece of aluminum (its "fuel"), the drop moves around for almost an hour, travelling in a straight line, or drifting around the circular dish, or squashing into different shapes.

"The soft machine looks rather intelligent and [can] deform itself according to the space it voyages in, just like [the] Terminator does from the science-fiction film," elaborates Jing Liu from Tsinghua University in Beijing, China, adding that the unusual "behavior" strikingly resembles a living organism in nature.

Remarkably, the gallium drop can also act as a pump when placed in an electric field. The scientists point out that if their liquid motor is held still, it turns into a self-powered pump that can shift up to 50 milliliters of water per second.

In 2014 the group led by Jing Liu and a team from North Carolina State University demonstrated an amazing experiment: the gallium alloy was changing its form in response to an applied electric current, but regained its original shape after the current was turned off. The two methods could be used to change the drop's speed or to coordinate the movement of a group of independent drops, the researchers explain.

The scientists emphasize that due to the self-powered liquid motor, future robots will be able to convert chemical energy into mechanical. However, referring to well-known Hollywood science fiction movies, the researchers note, that they would rather make a funny 'Flubber,' instead of the deadly T-1000.