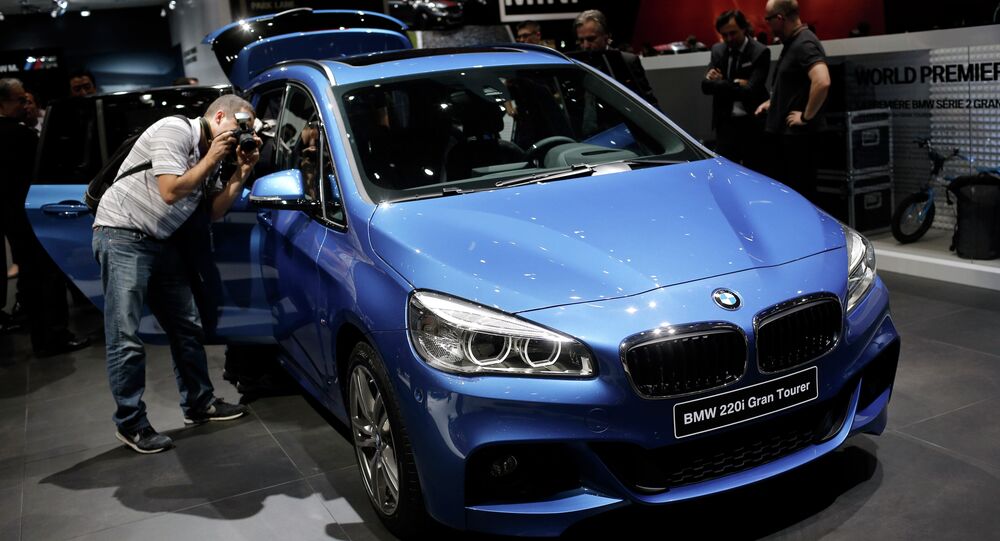 At the Geneva Motor Show, the bosses of the current leading car manufacturers have shared their belief that the computing giants will have a positive impact on the development of their industry.

© REUTERS / Arnd Wiegmann
Pedal to the Metal: Geneva International Motor Show 2015
10
Ahead of the opening on Thursday of the 85th Annual Geneva Motor Show, representatives of the leading car manufacturers told participants that they see the challenge in their market from technology firms in a positive light, in the belief that the intervention will stimulate greater development.

"In the future, competitors will build cars which have previously not been on the market, and we have to adapt," the Hamburger Abendblatt reported BMW CEO Norbert Reithofer as saying during a panel discussion on the subject.

"We have already experienced that with Tesla," said Reithofer, adding that "we must take these competitors very seriously."

Volkswagen boss Martin Winterkorn also expressed a positive outlook on the impact from Google and Apple on the industry. His company's Passat is slated to be presented with the 2015 Car of the Year award when the show kicks off on Thursday.

© Flickr / Nathan Harper
iCar? Apple Seeks to Release Fully Electric Vehicle in 2020
Winterkorn said, "although it may surprise you, I particularly welcome the engagement from Apple, Google and other players in the automobile industry," reports Die Welt, citing his belief that the engagement of the US technology giants will lead to cars regaining wide acceptance among young people.

Daimler chief Dieter Zetsche was also bullish about his company's prospects in the changing industry. "We're not afraid," he said. "This can only make us stronger."

Last month Zetsche announced that he was skeptical about the power of Apple to maintain a serious challenge to the primacy of established car manufacturers. "I believe it's more probable, that less comes of Apple's reputed plans, than is being talked about," said Zetsche. "We have lengthy experience in the automobile industry, we invented the car. And experience, in such a complex business is critical."

"If we announce tomorrow, that Daimler is going to start building smartphones, Apple would not be concerned, or thrown off course. And the same goes for us," Zetsche told Die Welt.

Google to Pay Italy $360Mln in Taxes on Revenue