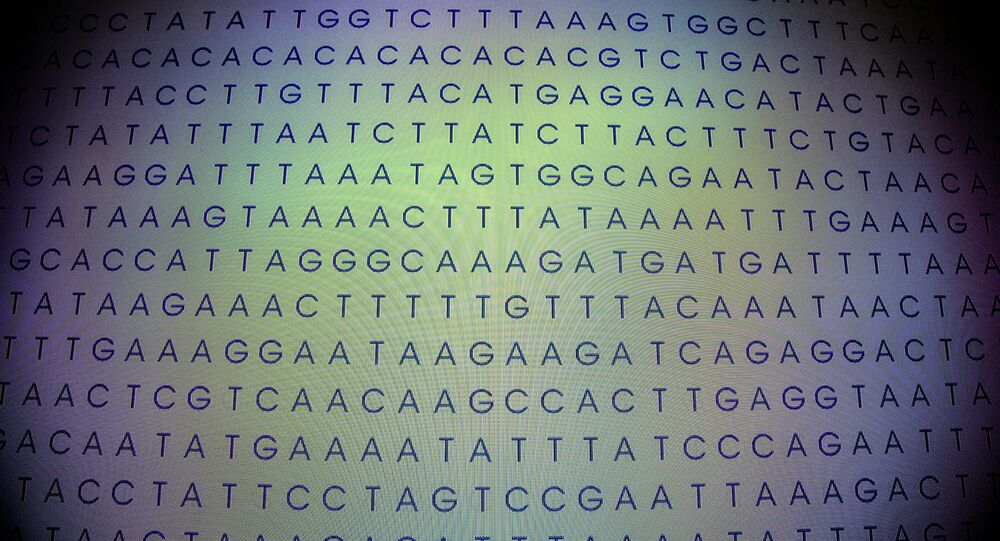 Scientists from the Medical Genetics Institute in Tomsk have developed a map of Russians' ethno-territorial origins which can help tell exactly where a person's origins lie using his or her DNA.

Scientists at the Research Institute for Medical Genetics in Tomsk, Siberia have been working on an ethnic map aimed at determining a person's ethno-territorial origin based on his or her DNA, with an accuracy of several hundred kilometers so far, InoTomsk.ru reports.

"If we have a DNA sample, we can tell where a person is from, sometimes with an accuracy of up to one region," Vadim Stepanov, Deputy Director of Scientific Affairs at the Institute, noted in a press briefing released Monday by InoTomsk.

The genetic mapping database showing genetic variations typical among various ethnic groups has been gradually developed over the course of nearly 15 years. Researchers studied the gene pool of populations across Russia, Belarus and Ukraine, reading the 'genetic texts' to reveal the 'ciphers' characteristic in the DNA of local populations.

The data in turn helps in determining the roots of a person whose DNA sample was taken. A few hairs, a drop of blood or a flake of skin is all that's necessary to find out the ethno-territorial origins of anyone.

Stepanov notes that researchers' efforts have already paid off, and that the technology has already been used to help criminologists to solve crimes in the Novosibirsk region. In 2013, investigators from the region appealed to the Institute, asking researchers to help in their search for a criminal charged with crimes against minors going back to 2003. The scientists successfully pinpointed the territorial origins of the criminal, helping investigators to narrow their list of suspects, and ultimately leading to the criminal's arrest two weeks later.

In addition to criminology, the Institute's research may also prove useful for search and identification purposes in the event of accident, disaster, war, or terrorist attacks. It may also be used in the future to help people interested in their genealogical origins. A further application could be to assist in the understanding of just how prone one is to diseases widely spread among certain populations via genetic mutations.