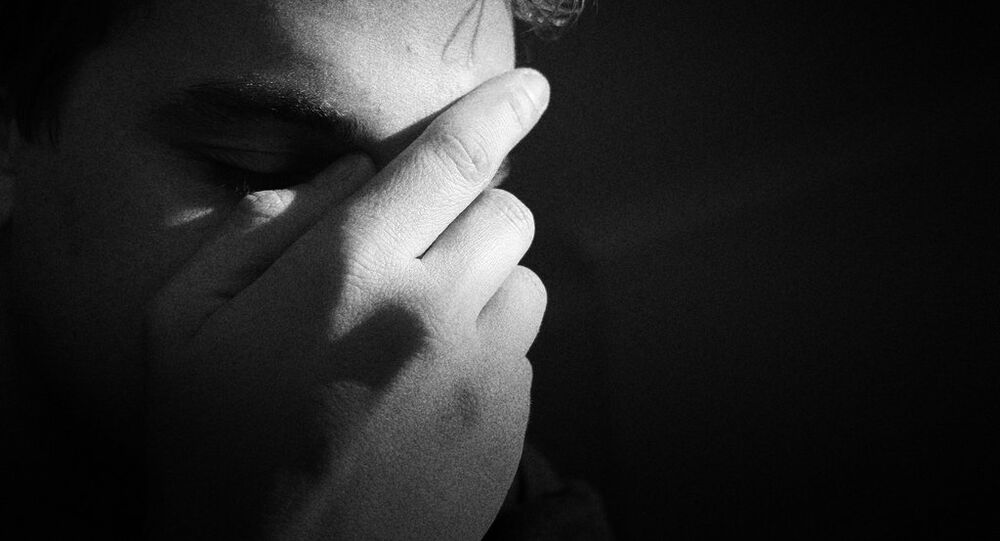 British scientists have found what they describe as evidence of post-traumatic stress disorder that dates back to 1,300 BC.

© RIA Novosti . Alexey Filippov
OPINION: Post-Traumatic Stress Disorder Can Have Lifelong Effects on Soldiers
MOSCOW, January 24 (Sputnik) — Scientists have published new research where they claim that warriors living more than 3,000 years ago could have been the first reported people to suffer from post-traumatic stress disorder, or PTSD, the BBC reports.

Hughes remarked that the first description of PTSD is believed to have been compiled by the Greek historian Herodotus, who lived in the 5th century BC and chronicled the history of the Greco-Persian Wars.

"He suddenly lost sight of both eyes, though nothing had touched him," Herodotus wrote, referring to the warrior Epizelus during the battle of Marathon in 490 BC.

However, the new report, titled 'Nothing New Under the Sun: Post-Traumatic Stress Disorders in the Ancient World', mentions texts suggesting that PTSD could have existed in Mesopotamia (ancient Iraq) when the area was controlled by the Assyrians in 1,300 BC.

"Ancient soldiers facing the risk of injury and death must have been just as terrified of hardened and sharpened swords, showers of sling-stones or iron-hardened tips of arrows and fire arrows. The risk of death and the witnessing of the death of fellow soldiers appears to have been a major source of psychological trauma," the survey said.

Referring to his report, Hughes mentioned ancient warriors, who "described hearing and seeing ghosts talking to them, who would be the ghosts of people they'd killed in battle — and that's exactly the experience of modern-day soldiers who've been involved in close hand-to-hand combat."

"This paper, and the research on which it is based, demonstrates that post traumatic psychological symptoms of battle were evident in ancient Mesopotamia. Well before the Greek and Roman eras, before the time of Abraham and the biblical Kings, David and Solomon, and contemporarily with the time of the Pharaohs," Hughes added.

PTSD is caused by very stressful or dismal events, such as military conflicts, terrorist attacks, natural disasters and road accidents.

The condition typically comes right after a frightening event, but sometimes it may emerge months or even years later.

Psychologists: Masculinity Can Lead to Depression