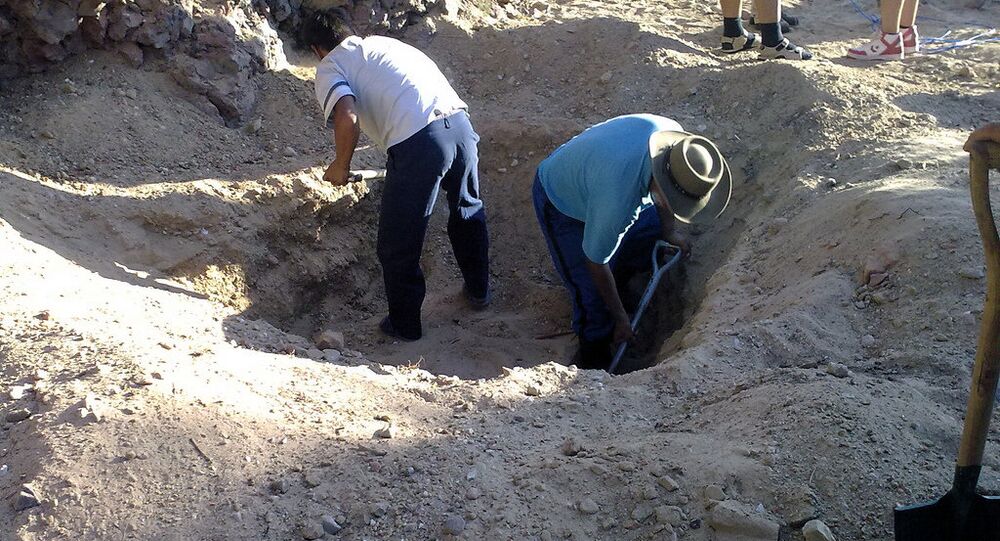 A team of Czech Egyptologists have found the tomb of a previously unknown queen who lived during the Pyramids’ erection era.

© AP Photo / Charles Rex Arbogast
Ancient 2,500-Year-Old Egyptian Mummy to Be Conserved at Chicago Museum
MOSCOW, January 4 (Sputnik) – Czech archeologists have uncovered the tomb of an Egyptian queen who may have witnessed the construction of the Pyramids, AFP reports.

The unearthed tomb was found to the south of Cairo in an Old Kingdom necropolis Abu Sir. The complex includes a number of pyramids built for the Fifth Dynasty pharaohs, CeskeNoviny.cz says.

The tomb’s location and the inscriptions on the tomb’s walls helped the discoverer, Miroslav Barta, suggest that the queen was pharaoh Neferefre’s wife.

Antiquities Minister Mamdouh el-Damaty identified her as Khentakawess III in succession of two other queens with the same name.

"This discovery will help us shed light on certain unknown aspects of the Fifth Dynasty, which along with the Fourth Dynasty, witnessed the construction of the first pyramids," he commented as quoted by AFP.

The pharaoh and his wife ruled some 4,500 years ago, CeskeNoviny.cz conveys.