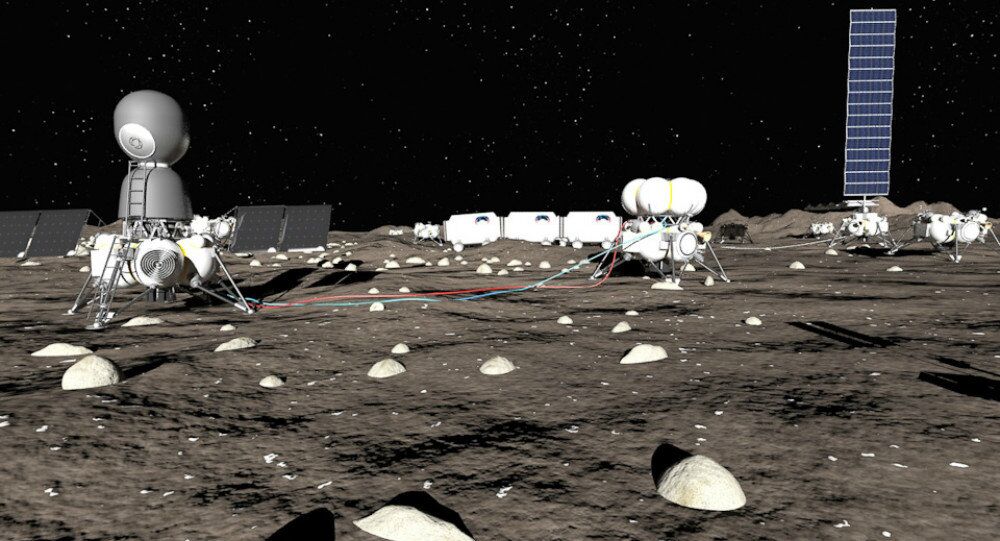 The projected cost of constructing a first-stage lunar outpost, followed by a second-stage facility is about $9.3 billion.

The projected cost of constructing a first-stage lunar outpost, followed by a second-stage facility (manned by 2 and 4 crewmembers respectively) is about $9.3 billion, according to the company’s chief designer.

The construction would require 13 heavy carrier rocket launches, and a total 37 launches over a period of five years to maintain the base, according to the company's representatives.

The company experts propose Malapert Mountain, located near the moon’s south pole, as a construction site for the base. According to them, it would take about 10 years to build and deploy the base.

Lev Zeleny, director of the Space Research Institute of the Russian Academy of Sciences, remarked that the project signifies a renewal of interest in lunar exploration. He pointed out, however, that it is still too early to consider building a full-fledged settlement on the Moon.