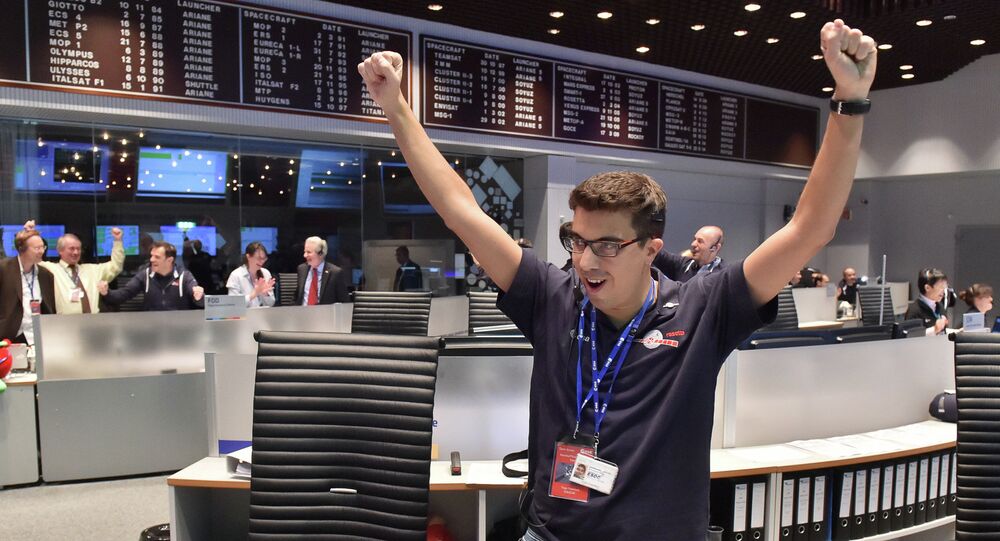 European Space Agency’s Philae probe has landed on the surface of the 67P/Churyumov–Gerasimenko comet .

After completing its historic landing, the lander transmitted first signals to Earth from comet surface.

According to the ESA, Philae has fired its harpoons, anchoring itself to the comet's surface, and switched off its flywheel.

The mission to study the comet and its nucleus is aimed at helping scientists to determine whether comets brought water and simple organic molecules to Earth billions of years ago, ultimately paving the way for life.

Scientists Hope to Solve Mystery of Life by Exploring Comet