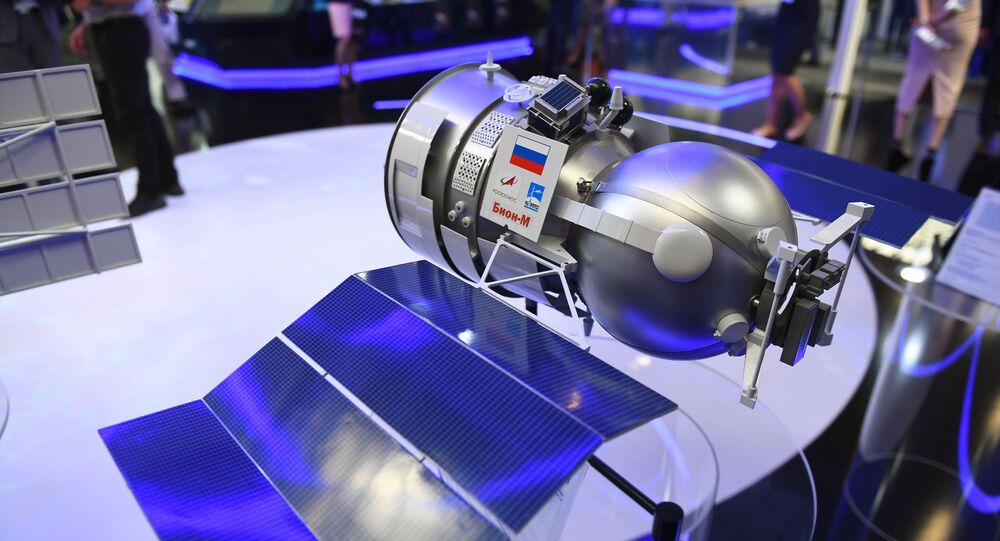 Russia Plans to Launch Bion-M2 Biosatellite With Mice on Board in 2024, Sciences Academy Says

ST. PETERSBURG (Sputnik) - Russia's second biosatellite, Bion-M2, with mice, reptiles, insects, plants and microorganisms on board is planned to be launched in 2024, Oleg Orlov, the chief of the Institute of Biomedical Problems at the Russian Academy of Sciences, told Sputnik on Friday.

"The year 2024 is being discussed," Orlov said on the sidelines of the Global Space Exploration Conference (GLEX) when asked about the timing of the Bion-M flight.

Russia initially intended to send this Noah's Arc-like satellite into orbit in early 2022 but then postponed the launch until 2023.

The first Bion-M biosatellite was launched into orbit in April of 2013. The flight lasted for one month, and part of the animals on board died as a result of technical failures. The second biosatellite's mission is also set to last a month, with the satellite launched to an altitude of about 800 kilometres (500 miles) above the Earth.

GLEX is an annual event that brings together representatives of scientific circles, governments and industries since 2012. This year's edition started on Monday in Russian city of St. Petersburg and will end on Friday.