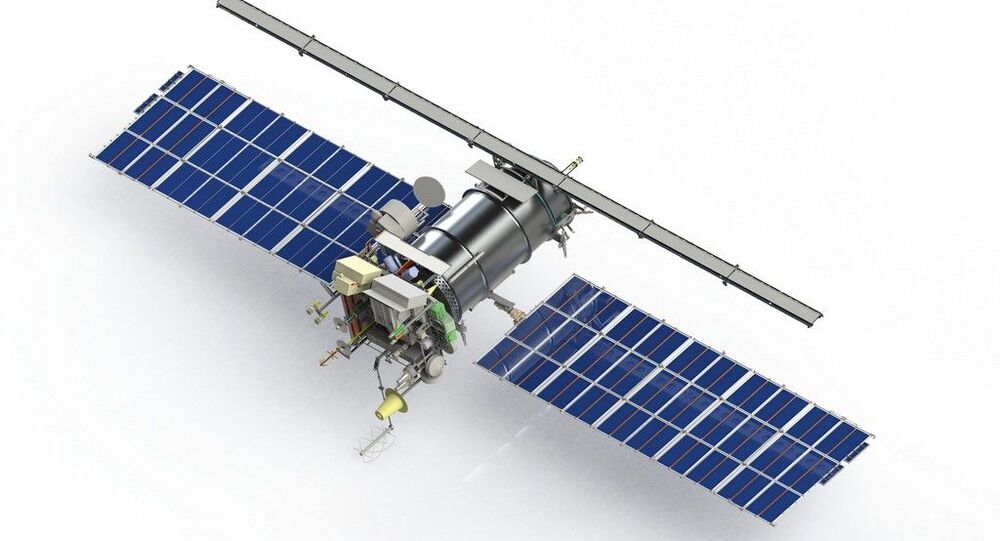 MOSCOW (Sputnik) - The next Meteor-M model Russian meteorological satellite will be launched from the Vostochny spaceport on 30 November, Sputnik learned on Monday from the printed materials of an international space forum taking place at the Lomonosov Moscow State University (MSU).

The chief of Russia's state space corporation Roscosmos, Dmitry Rogozin, said last November that the Meteor-M satellite, numbered "2-3," was planned for launch in the third quarter of 2021.

According to the forum paper, the Meteor-M 2-3 satellite will be launched on November 30 alongside two  MSU-developed smaller-size devices Monitor-1 and Monitor-2 that will measure ionizing radiation fluxes and observe gamma-ray bursts.

Russia has three Meteor-M satellites in orbit, numbered 1; 2; and 2-2. The Meteor-M 2-1 satellite collapsed in 2017 as a result of a failed launch from Vostochny.

Meteor-M 1, launched in 2009 and set to expire in 2014, now has a dysfunctional target weather toolkit, though its supplementary science kit continues to work. The Meteor-M 2 satellite was launched in 2014 and is functioning beyond its warranty period.