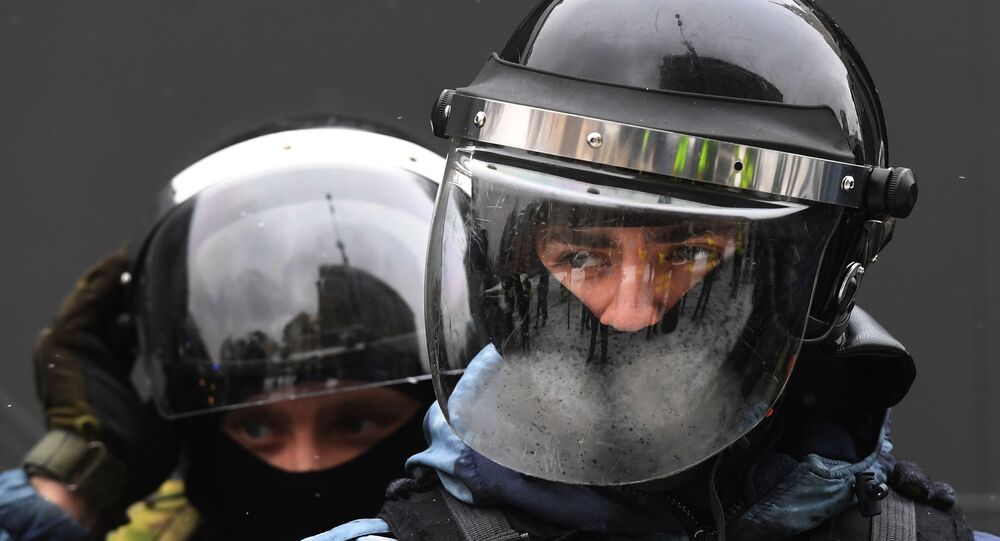 Unauthorised Rallies in Support of Navalny Held in Moscow and St. Petersburg

On 23 January, a number of Russian cities were hit by protests in support of opposition figure Alexei Navalny, who was detained in Moscow earlier this month for probation violations. The police warned that the demonstrations were not authorised and reminded rally-goers about coronavirus-related restrictions on public gatherings.

Unauthorised rallies in support of Russian opposition figure Alexei Navalny are being held across Russia, including in Moscow and St. Petersburg a week after similar protests were held in a number of Russian cities, resulting in clashes with police, the detention of protesters and the initiation of criminal cases against the events' instigators, who were blamed for potentially exposing attendees to COVID-19.

Around 120 participants of the rally have already been arrested in Moscow. Several people have also been detained in St. Petersburg, a Sputnik correspondent reported on Sunday.

Protests began early on Sunday in the Far Eastern cities of Vladivostok and Khabarovsk.

Kremlin spokesperson Dmitry Peskov had previously denounced the organisers of the unauthorised protests as provocateurs, while President Vladimir Putin stressed that everyone has the right to express an opinion, but "anything that goes beyond the law is not just counterproductive, but dangerous".

The rallies follow calls from Navalny and his allies to take to the streets. Navalny was detained in Moscow on 17 January upon his arrival from Germany, where he had undergone months of treatment after allegedly being poisoned with a nerve agent. The opposition figure was subsequently placed in custody for 30 days for violating the terms of his probation for an earlier embezzlement conviction.